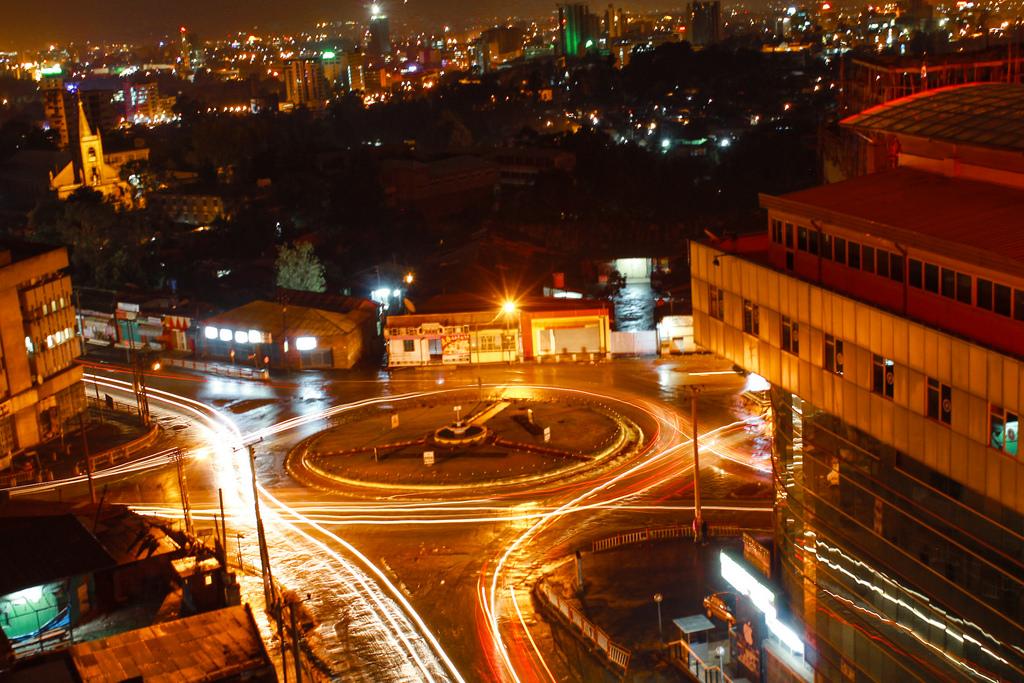 ADDIS ABABA (HAN) September 9.2016. Public Diplomacy & Regional Security News. By Desta Gebrehiwot. The recent moves by the world’s largest carbon emitters, US and China, to signing Paris climate agreement might be an essential step in the global effort to address climate crises. Even though countries with the largest emission still failing to do enough to address climate change, some countries like Ethiopia that has very negligible contribution to the crises are taking a leading initiative globally to reduce the consequences.

Ethiopia has become an advocate for climate change and green economy through demonstrating practical commitment. Suffice it to mention, the national railway that use electricity and green energy development projects the country is pursuing. Off late, for these and other great contributions, Ethiopia has taken over from the Philippines as Chair of the Climate Vulnerable Forum(CVF).

Very recently as well, United Nations Environmental Program (UNEP) Executive Director Erik Solheim lauded Ethiopia’s commitment to taking a leading role in the search for remedies for threats of climate change facing humanity. The Executive Director also acknowledged that Ethiopia had been a major contributor and promoter of climate economy. The Forum is a coalition of 43 countries from Africa, Asia & Oceania and Latin America that are extremely vulnerable for the negative consequences of climate change. Ethiopia would be chairing the CVF for two years.

Besides its global role, Ethiopia is taking huge measures nationally to build a greener environment and cope up with the impact of climate change. Having already experienced recurrent droughts, environmental degradation ,the country is working on a large scale to restore the country’s ecological capital, including forests, wetlands and grasslands. The country has integrated the issue of climate change in its sustainable development policy, strategies and programs.

Lately, the Ministry of Environment, Forestry and Climate Change of the country passed key decisions to backup government’s plans in building resilient economy and address climate change. The appraisal meeting which was organized in Adama town by the Ministry to evaluate its 2015 performance report has stressed the need to align environmental conservation activities with the very green economy strategies designed by the government. It also underscored the importance of taking urgent actions to address the negative effects of climate change which continues to pose serious threats for humanity while underlining that conserving the environment and restoring forest is a key step to achieve a greener economy. Other top in the agendas were conserving natural resources and addressing environmental pollution.

On the sideline of the meeting, a ten year forest sector development programme was launched. According to Dr. Shiferaw Tekelemariam, Environment, Forestry and Climate Change Minister, the programme would dramatically boost forest coverage and sector’s contribution to the national economy.

The contribution of the forest sector to the overall economy stands at 13 to 14 percent directly and indirectly. In this regard, the sector development programme targets to increasing the sector’s share in the economic development of the country and sets systematic approach for future undertakings of the sector.

Dr. Shiferaw said that climate change is already affecting vulnerable counties including Ethiopia though their contribution is significantly negligible. Ethiopia, he said, is taking multiple and coordinated actions to build a climate resilient and green economy with the target of building a low carbon middle income economy by 2030.

Ethiopia is undertaking environmental conservation activities that require huge resource and finance mainly using national capacity. Last year, the country has come up with proposals worth 291 million dollar from donor organizations. So far the country has granted over 60 million Birr

“The programme focuses on developing, conserving and sustainable utilizing of forests in order to mitigate and adopt to climate change. It would also enable the country to meet its plan of becoming middle income economy and building carbon free economy,” Dr. Dr. Shiferaw stated.

According to the plan, the national forest coverage is targeted to be 20 and 30 per cent in 2012 and 2017 E.C respectively. It is less likely for a country to achieve economic development without giving attention to its forest coverage and environmental conservation. In this regard, Ethiopia has designed this programme to speed up its economic growth, he added.

Dr. Shiferaw further noted that protecting and rehabilitating forest land is also another area that has been deeply approached in the programme that clearly outlines the role expected from various stakeholders in forest development.

Overseas best practices have been incorporated in the programme prepared in consultation with various partners involved in the sector. For the programme to be effective, it requires active participation of all stakeholders, he added.

The Minister also state that the programme is to strengthen the institutional capacity of relevant bodies and build the capacity of the human resources. Planting seedlings should not be an end and a one time campaign. This is why the Ministry has come up with a ten year programme which is expected to holistic change in the sector.

He further said that the country’s move to ensure green and resilient economy is tied up with policies and legal frameworks. The country has become exemplary in the African continent for building environmental friendly eco-industrial parks, he added.

Indicating that extensive activities have been carried out to dispose urban dry wastes, the Minister stated that much attention would be given to addressing water pollution and preventing its socio-environmental impacts.

Ministry Monitoring and Control Directorate Director Mehari Wendemagegn also said that the Ministry monitors and controls manufacturing factories to prevent the release of liquid waste and toxic chemicals that harm the employees and the community in the surrounding areas.

According to relevant proclamation, factories should treat their liquid wastes before releasing to the environment. In this regard, the Ministry is taking legal measures against those failing to comply with the rules and regulations.

The Ministry is jointly working with stakeholders to ensure that factories begin production after conducting socio-environment impact assessments.

Oromia State Environment, Forestry and Climate Change Authority Head Habiba Siraj also said that as part of legal actions the Authority has shut down six factories in the State for failure to comply with rules and regulations. The closure of the factories came following Authority’s repeated warnings and a five-year grace period provided to factories to build water treatment plant that the factories failed to use.