Home Ethiopia Ethiopian Vies For More Destinations in US, China 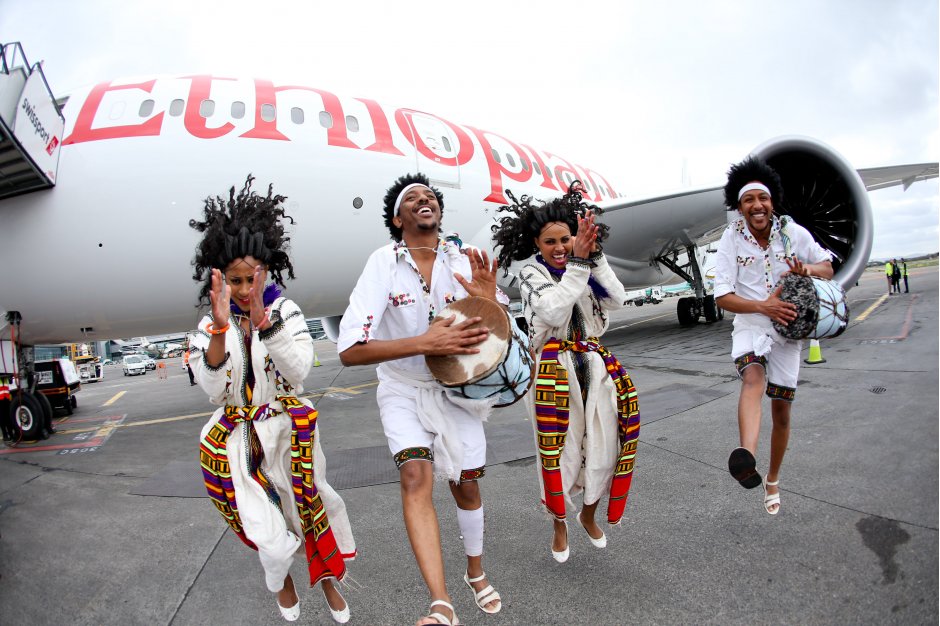 Addis Ababa (HAN) October 27, 2015 – Public Diplomacy and Regional food Security Initiatives News. By Kaleyesus Bekele. Ethiopian Airlines is planning to open new routes to New York – third destination in the United States – and Chengdu City in mainland China. Ethiopian has been flying to Washington DC since 1998 and added second destination in the US, Los Angeles last June. It also flies to Toronto Canada, another long haul destination in North America. Ethiopian wants to increase its thrice weekly flights to Toronto to five weekly. It is the only direct flight between Africa and Canada. Ethiopian Group CEO, Tewolde Gebremriam, confirmed that Ethiopian in under preparation to launch flights to New York hopefully in 2016. Tewolde says his airline is also looking at Chicago and Houston as future destinations in the US.

Ethiopian also announced that it has finalized preparation to launch flights to Durban, South Africa. Ethiopian has two destinations in South Africa – Johannesburg and Cape Town. Durban will be the third destination in South Africa. In Asia Ethiopian is under preparation to commence flights to Chengdu City in China. Chengdu, the provincial capital of Sichuan province in Southwest China, is a major city in western China. With a population of 14 million, Chengdu is the fifth most populous city in China. The city is one of the most important economic, financial, commercial, cultural, transportation and communication centers in western China. Chengdu Shuangliu International Airport is one of the 40 busiest airports in the world and Chengdu Railway Station is one of the six biggest railway stations in China. Chengdu also hosts many international companies and more than 12 consulates. More than 260 Fortune 500 companies have established branches in Chengdu.

Ethiopian is also planning to launch services to Ho Chi Minh City, Jakarta and Singapore. East Asia has been the main driver of Ethiopian’s rapid expansion in recent years. Meanwhile Ethiopian is under preparation to take delivery of the first Airbus aircraft in May 2016. The management of Ethiopian Airlines placed firm orders for the purchase of 12 Airbus 350XWB in 2009. The order was confirmed at the 2009 Dubai Air show. The total listed price of the 12 A350s is 2.9 billion dollars. Ethiopian has leased two more A350 that will arrive in Addis Ababa in May and June 2016.  Ethiopian, which is a reliable customer of Boeing for over six decades, ordered Airbus aircraft for the first time. The national flag carrier operates an all-Boeing long haul fleet. The national flag carrier operates 73 aircraft including 13 Boeing 787 Dreamliners. The airline recently ordered for six more Dreamliners.

A350XWB is Airbus’ new product that made its maiden flight in June 2013. Powered by the Rolls Royce Trent Engines, the Airbus A350XWB is known for its spacious cabin. The new jetliner is a rival of the Boeing B787 Dreamliner aircraft. The A350 family has 800, 900 and 1000 versions with 250-350 seats. Ethiopian’s A350-900 will have 346 seats. An Airbus delegation led by Francois Cognard, Middle East vice president sales, was in Addis Ababa this week conferring with executives of Ethiopian on the preparation work for the new jetliners. Ethiopian Airlines is the first carrier from Sub Saharan Africa to acquire the A350 aircraft.