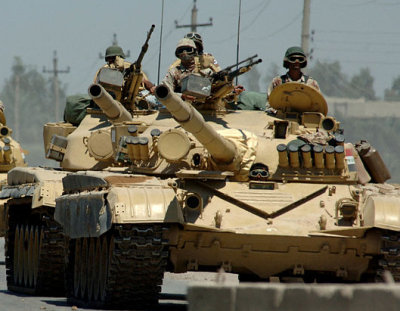 The two East African nations are consulting on ways of how to combat regional security threats, ensure peace and safeguard their common border.

It was disclosed at the meeting that the strategic relations between the two neighbors particularly in military cooperation has boosted border peace and security.

In 2014, Ethiopia and Sudan reached an agreement establish a joint military force which would operate under the same command. The joint military cooperation also aims to jointly defend external aggression and terrorist attacks.

The military leaders are consulting on much better ways to reinforce the existing security cooperation aimed on curbing border insecurity and on safeguarding the sovereignty of the shared border.

Ethiopia and Sudan have a number of cooperation agreements, including on security, trade, transport and investment.

Ethiopia signed a memorandum of understanding (MOU) with Sudan for the better utilization of Port Sudan, the state-run Ethiopia Broadcasting Corporation reported.

The MOU was signed last week after both sides discussed ways of boosting bilateral trade and investment partnership. It was signed between Debretsion Gebremichael, Ethiopia’s Finance and economic cluster and communication and information technology minister and Sudan’s vice president Hasabu Mohamed Abdelrahman.

Gebremichael said the MOU is meant to develop Port Sudan for the mutual benefit of both countries.

The agreement will allow Ethiopia to better utilize Port Sudan for its import-export trade.

Sudan’s vice president to his part stressed a need from the two sides to translate the political will in to economic advantage.

The two nations have agreed to work in order to enhance their economic cooperation.