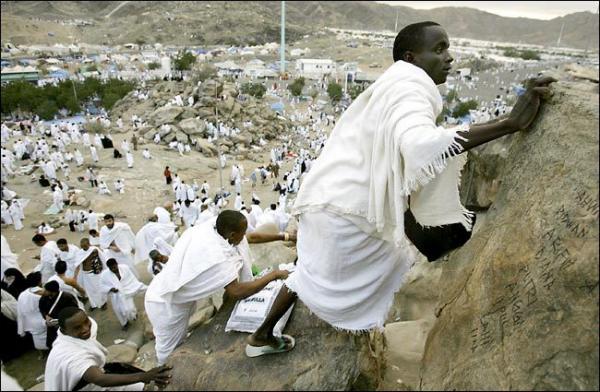 RIYADH (HAN) August 22.2016. Public Diplomacy & Regional Security News. The first group of 200 Ethiopian Haj pilgrims are due to arrive in the Kingdom next week on board Ethiopian Airlines according to Lula Nur, second secretary at the Ethiopian Embassy. “From next week, we expect that other flights of Ethiopian pilgrims will follow,” she told Arab News.
She expressed her hope that with the extensive preparations made by the Kingdom for the annual religious ritual, Ethiopian pilgrims will have a successful Haj and added that many are expected to stay after Haj to buy souvenir items and visit local tourist attractions.
She noted the smooth procedure organized for their performance of Haj, such as transportation arrangements, hotel bookings and more, and expressed her appreciation for the Kingdom’s granting of the embassy’s request that the quota of Ethiopian pilgrims be increased from 8,000 to 10,000.