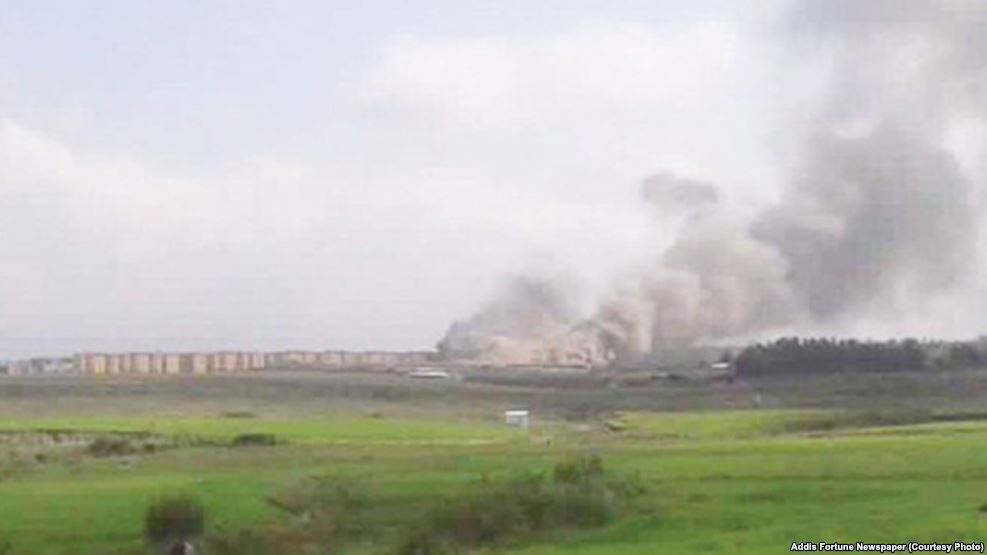 ADDIS ABABA (HAN) September 6.2016. Public Diplomacy & Regional Security News. By Aaron Maasho. Ethiopian opposition activists have demanded news on the fate of six of their leaders and other inmates held in a high-security prison that was wrecked by a massive fire over the weekend.

The government has said 21 inmates died in the blaze that ripped through the Qilinto complex on Saturday – but has not named any of the victims.

Another two prisoners were shot dead as they tried to escape the compound on the outskirts of the capital Addis Ababa, the government added in a brief statement two days after the fire, again stopping short of identifying them.

The opposition Oromo Federalist Congress said on Tuesday it had received no news of six of its leaders, including Deputy Chairman Bekele Gerba and Assistant General Secretary Dejene Tafa, who were arrested in December on suspicion of inciting protests.

“Our entire leadership is being held in that place and we have no idea what has happened to them,” the OFC’s Assistant Deputy Chairman, Mulatu Gemechu, told Reuters.

“The government has a responsibility to explain to the public, no less their families. We have no idea why it is taking that long,” he said.

The government did not immediately respond to his statement.

Dissidents say most recent inmates are ethnic Oromos held for taking part in demonstrations over land rights and alleged rights abuses that have rocked one of Africa’s fastest growing economies since last year.

The United States last week said it was gravely concerned about the use of excessive force against protesters. Human Rights Watch said in June at least 400 demonstrators had been killed by security forces.

Ethiopia’s government – a major ally of the United States in the fight against militants in neighboring Somalia – disputes the death toll and says the protests are being staged illegally, stoked by rebel groups and dissidents based oveseas.

Ethiopian Prime Minister Hailemariam Desalegn said last week his administration would carry out “deep-rooted” reforms and pledged to address grievances, though he warned of measures if protests escalated into violence.