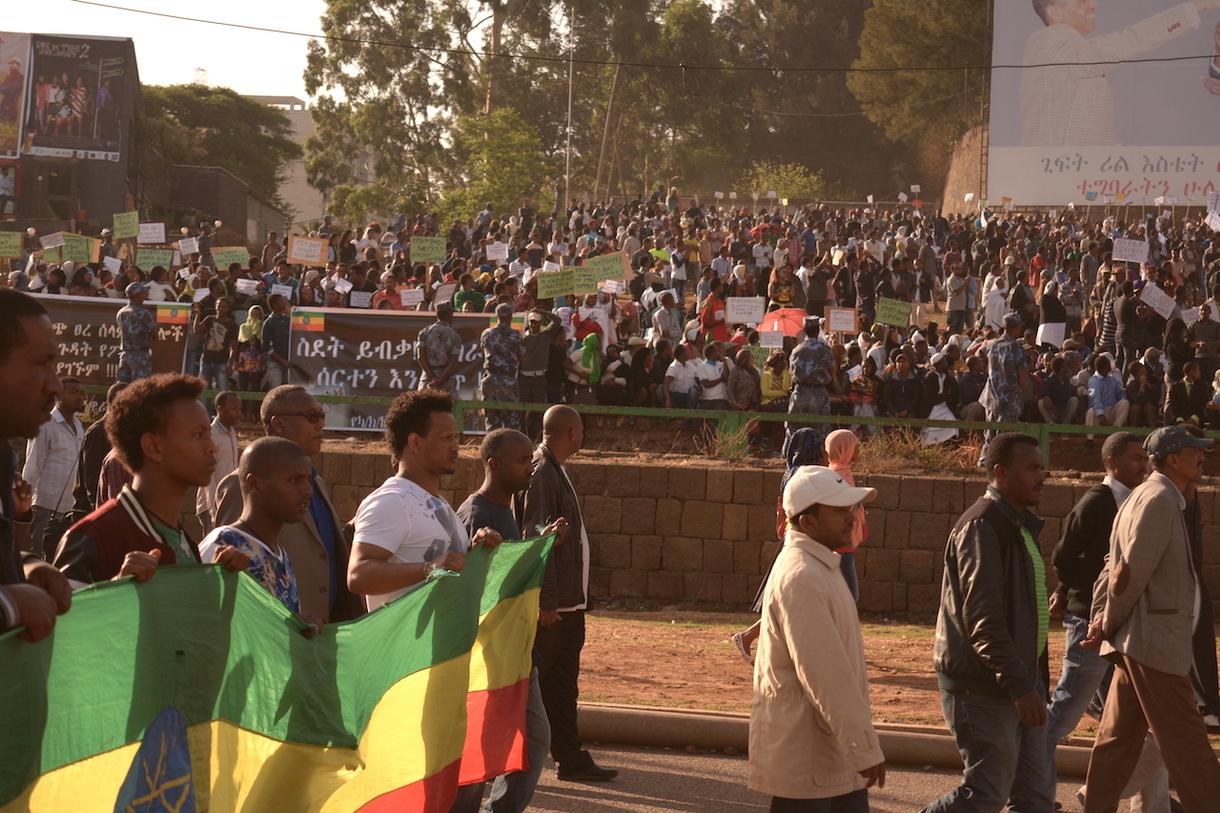 At least seven people were shot and killed by regime security forces as protests flared up again in Gondar on Friday. Among the dead include two women and a teenager.

In Azezo, Gondar, the 24th division of the army had exchanged fire with armed farmers, although the extent of casualties is not yet known. ESAT’s sources say the army was firing heavy artillery at the farmers. Gunshots could be heard all day in Gondar and Azezo.

Residents of Gondar staged a protest demonstration at the city’s court where the leader of a movement, Col. Demeke Zewdu was expected to be arraigned. A resident who spoke to ESAT on the phone said the people, having heard that the Colonel would be arraigned at the court, flocked at the premises of the court in thousands calling for his release and denouncing the regime.

The protesters at the court took down the flag with the pentagram, which they love to loathe very much and replace it with the original green, yellow and red, as a sign of rejection to the tyrannical rule and its divisive policies. Protesters also replaced flags in Piassa, downtown Gondar.

Businesses affiliated with the regime and the office of the local administration (Kebele 18) were set ablaze by the protesters.

Meanwhile organizers said the weekend protests in the entire Oromo region as well as Debre Tabor and Bahir Dar in the Amhara region will be held on Saturday and Sunday. Banners, slogans and flags have been prepared for the rally which the government said was illegal.

Prime Minister Hailemariam Desalegn and regional officials vowed to crackdown on protesters. Protesters in Gondar called the Premier a puppet with no real power.

Internet and Social media were blocked in Gondar, Addis Ababa and Adama and telephone networks were mostly disrupted.

The Embassy of the United States in Addis Ababa issued an advisory to its citizens to stay away from areas where protests would be held.