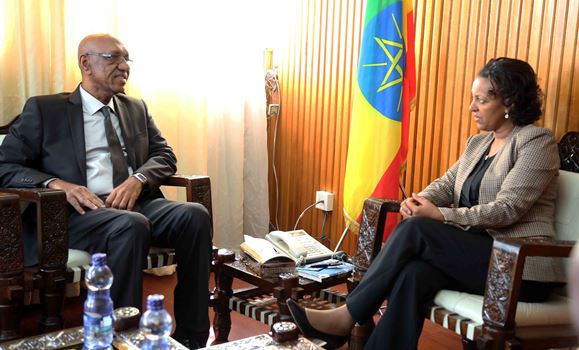 The State Minister made the remarks on the occasion of the 61st anniversary of the National Day of the Republic of the Sudan here Monday.

Expressing the long-standing relations and the ever-growing bilateral cooperation between Ethiopia and the Sudan, she noted that the two sisterly countries have common interests in building peace and security. They as well have strong desire to realize regional integration.

Hirut further said both countries have common agenda in the African Union and IGAD as well as other multilateral fora. _

Sudanese Ambassador to Ethiopia and Permanent Representative to AU/UNECA Jamal Elshikh Ahmed said: “Ethiopia and Sudan are best examples to a cordial and strategic relation”.

The Ambassador further reaffirmed his country’s commitment to the implementation of the series of agreements signed between the two countries, according to ministry of foreign affairs.