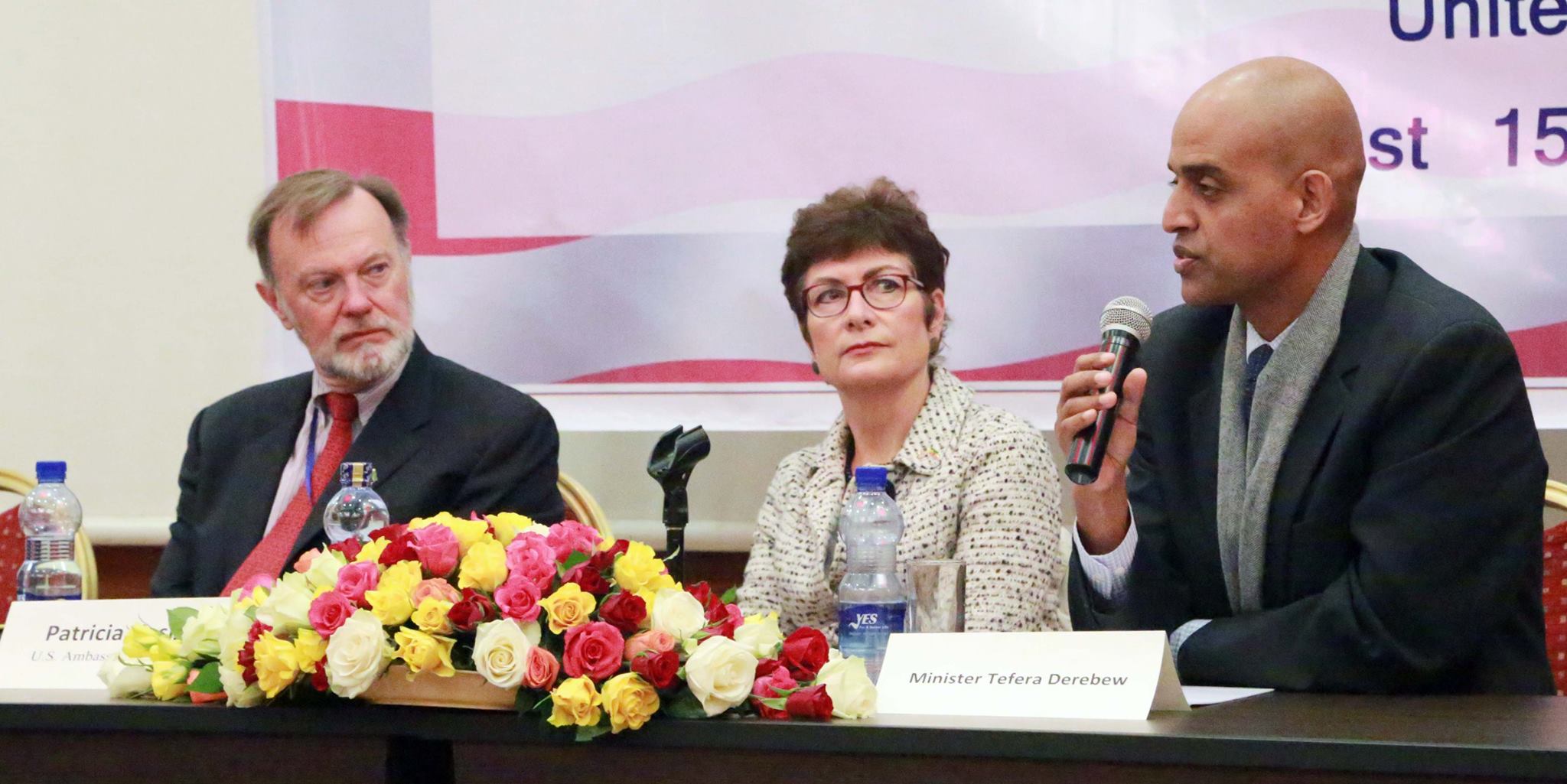 Co-organized by the Ministry of Foreign Affairs of Ethiopia, the U.S Embassy in Addis Ababa, and the Ministry of Education, the workshop was attended by State Minister of Agriculture and Natural resources of Ethiopia, Ato Wondirad Mandefro, U.S Ambassador to Ethiopia, Patricia M. Haslach, Honorary Consul General of Ethiopia in Texas, Ato Gezahegn Kebede and Former U.S Ambassador to Ethiopia, Ambassador Tibor Nagy, high-level government officials, diplomats as well as representatives of a number of higher learning institutions from both countries.

In his key-note remarks, State Minister of Agriculture and Natural resources, Ato Wondirad Mandefro underscored that the Ethio-Us cooperation is growing by the day, adding that the two countries are working hard to enhance partnerships in a range of sectors, particularly in the areas of education and agriculture, which he said was instrumental to boost the bilateral cooperation into new heights. Noting that ensuring intensive partnerships in the Agriculture sector was much needed, the state Minister said such a partnership is timely given that his country is committed towards realizing agricultural transformation.

US Ambassador to Ethiopia, Ambassador Patricia M. Haslach also noted that Ethiopia and the US are forging exemplary bilateral cooperation, describing the current initiative to enhance the partnership in the area of higher-education, as a proof in such score.  The Ambassador added Ethiopia’s growth and stability created conducive environment to scale up the institutional linkages among Ethiopian and American universities through which partnerships on areas of agriculture and food security could further be bolstered.

Former U.S Ambassador to Ethiopia, Ambassador Tibor Nagi, on his part shared his perspectives on Ethiopia’s overall development, particularly touching upon the development of the education sector and the expansion of infrastructure in the country. He said Ethiopia has recorded notable achievements in the development of Educational infrastructure, expansion of universities and a rise in women enrollment.  He said the country’s growth and the larger number of youth population is promising for potential partnerships in the education sector. The Ambassador added Ethiopia has a welcoming environment for U. S Scholars, which he said offered the potential to advance multisector partnerships.