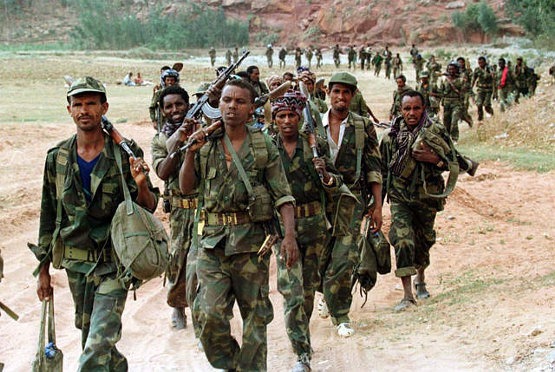 ADDIS ABABA (HAN) January 29, 2016 – Public Diplomacy and Regional Stability Initiatives News. By: Anuradha Mittal. With the African Union celebrating the African Year of Human Rights at its 26th summit, at its headquarters in Addis, Ethiopia, the venue raises serious concerns about commitment to human rights.

Political marginalization, arbitrary arrests, beatings, murders, intimidation, and rapes mark the experience of communities around Ethiopia defending their land rights. This violence in the name of delivering economic growth is built on the 2009 Anti-Terrorism Proclamation, which has allowed the Ethiopian government secure complete hegemonic authority by suppressing any form of dissent.

A new report, Ethiopia’s Anti-Terrorism Law: A Tool to Stifle Dissent, by the Oakland Institute and the Environmental Defender Law Center, authored by lawyers including representatives from leading international law firms, unravels the 2009 Proclamation. It confirms that the law is designed and used by the Ethiopian Government as a tool of repression to silence its critics. It criminalizes basic human rights, like the freedom of speech and assembly. Its definition of “terrorist act,” does not conform with international standards given the law defines terrorism in an extremely broad and vague way, providing the ruling party with an iron fist to punish words and acts that would be legal in a democracy.

The law’s staggering breadth and vagueness, makes it impossible for citizens to know or even predict what conduct may violate the law, subjecting them to grave criminal sanctions. This has resulted in a systematic withdrawal of free speech in the country as newspaper journalists and editors, indigenous leaders, land rights activists, bloggers, political opposition members, and students are charged as terrorists. In 2010, journalists and governmental critics were arrested and tortured in the lead-up to the national election. In 2014, six privately owned publications closed after government harassment; at least 22 journalists, bloggers, and publishers were criminally charged; and more than 30 journalists fled the country in fear of being arrested under repressive laws.

The law also gives the police and security services unprecedented new powers and shifts the burden of proof to the accused. Ethiopia has abducted individuals from foreign countries including the British national Andy Tsege and the Norwegian national, Okello Akway Ochalla, and brought them to Ethiopia to face charges of violating the anti-terrorism law. Such abductions violate the terms of extradition treaties between Ethiopia and other countries; violate the territorial sovereignty of the other countries; and violate the fundamental human rights of those charged under the law. Worse still, many of those charged report having been beaten or tortured, as in the case of Mr. Okello. The main evidence courts have against such individuals are their so-called confessions.

Some individuals charged under Ethiopia’s anti-terrorism law are being prosecuted for conduct that occurred before that law entered into force. These prosecutions violate the principles of legality and non-retroactivity, which Ethiopia is bound to uphold both under international law as well as the Charter 22 of its own constitution.

A few other key examples of those charged under the law, include the 9 bloggers; Pastor Omot Agwa, former translator for the World Bank Inspection Panel; and journalists Reeyot Alemu and Eskinder Nega; and hundreds more, all arrested under the Anti-Terrorism law.

It has been a fallacious tradition in development thought to equate economic underdevelopment with repressive forms of governance and economic modernity with democratic rule. Yet Ethiopia forces us to confront that its widely celebrated economic renaissance by its Western allies and donor countries is dependent on violent autocratic governance. The case of Ethiopia should compel the US and the UK to question their own complicity in supporting the Ethiopian regime, the west’s key ally in Africa.

Given the compelling analysis provided by the report, it is imperative that the international community demands that until such time as Ethiopian government revises its anti-terrorism law to bring it into conformity with international standards, it repeals the use of this repressive piece of legislation.

Case and point is the controversial resettlement program under which the Ethiopian government seeks to relocate 1.5 million people as part of an economic development plan. Research by groups including the Oakland Institute, International Rivers Network, Human Rights Watch, and Inclusive Development International, among others, as well as journalists.

Perhaps there is hesitation to confront this because it would implicate the global flows of development assistance that make possible rule by the EPRDF. Receiving a yearly average of 3.5 billion dollars in development aid, Ethiopia tops lists of development aid recipients of USAID, DfID, and the World Bank. Staggeringly, international assistance represents 50 to 60 per cent of the Ethiopian national budget. Evidently, foreign assistance is indispensible to the national governance. At the face of this dependency, the Ethiopian government exercises repressive hegemony over Ethiopian political and civil expression.

It is the responsibility of international donors to account for the political effects of development assistance with thorough and consistent investigations and substantive demand for political reform and democratic practices as a condition for sustained international aid. This will inevitably mean a new type of Ethiopian renaissance, one that seeks the simultaneous establishment of democratic governance and improving economic conditions.