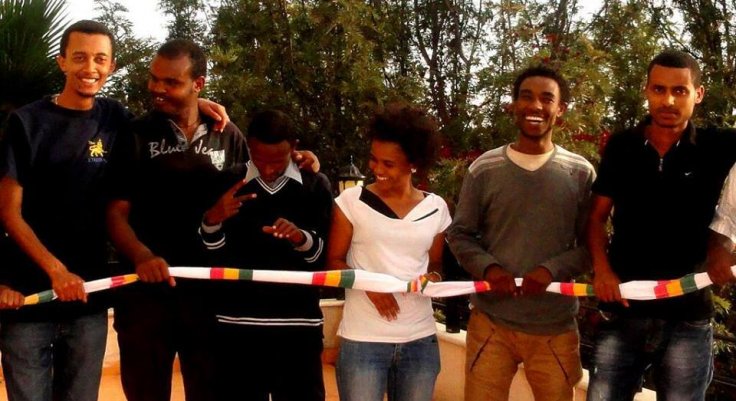 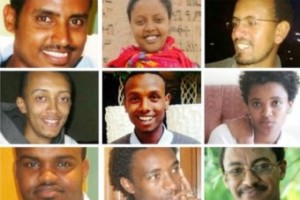 By Mahelt Fasil. Nearly a year and half since they were first arrested charges of terrorism against the five remaining members of Zone9 bloggers were dropped this morning. A federal court in Addis Abeba freed Journalists Tesfalem Wadyes Asmamaw Hailegiorgis and Edom Kassaye as well as members of the blogging collective Zelalem Kibret and Mahlet Fantahun on July 8th.

But the charges were still pending against the remaining five members of zone9. They are Soliana Shimelis, a law professional who is now in exile , Atnaf Berhane, an IT professional, Befeqadu Hailu of St. Mary’s University college , Abel Wabella of Ethiopian Airlines, and Natnail Feleke, a trained economist who was working for the construction and business bank of Ethiopia.
However, the court didn’t acquit Befeqadu from criminal charges of “inciting violence” and has adjourned the case until five days from today to decide on whether the defendant is entitled for bail out.
An unprecedented crackdown by Ethiopia’s security forces on April 24th and 25th 2014 saw the arrest of six independent bloggers writing for Zone9 blog post and three independent journalists.
The subsequent terrorism charges brought against all members of the blogging collective and the three journalists have exposed series of botched trials & have laid bare Ethiopia’s notoriously ineffective judicial system.

Their release this morning brings to an end the twitter hashtag #Freezone9bloggers, one of the most persistent and well organized social media campaigns that mobilized a large portion of Ethiopia’s online community in the last year and half.  AddisStandard