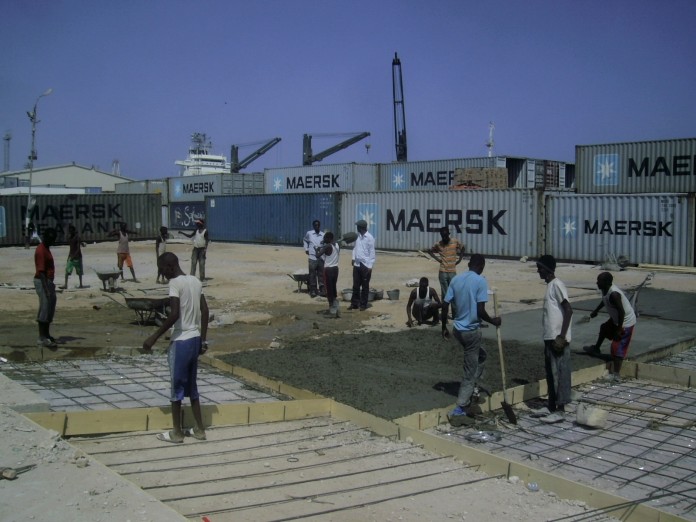 Tariffs have been revised and a committee established to manage joint operations as part of the agreement signed on March 31, Sharmarke Jama, an economy and trade adviser for the foreign ministry in the semi-autonomous Somali region, said on Monday.

The committee will work on the “smooth implementation of the bilateral agreement and for improved facilitation of transit trade along the corridor,” he said in an e-mailed response to questions.

Landlocked Ethiopia more than doubled its cereal imports in the last 12 moths as a drought left almost one-fifth of its population of around 100 million people needing food aid. On March 24 there were 10 ships waiting to unload 450,000 tons of wheat at Djibouti.

Ethiopia wanted 30 percent of its trade to go via Berbera by July last year, according to a five-year growth plan published in 2010. As much as 97 percent of shipments are still going through Djibouti because of problems with the capacity and condition of Berbera’s port, the poor state of roads to Ethiopia and the lack of international recognition for Somaliland’s statehood claims, said Ethiopia’s Transport Minister Workneh Gebeyehu.

“Now we have really negotiated the issue and decided to go very fast to use Berbera port,” he said by phone. “The only thing that is left is the operational issues.”

It isn’t clear how many ships carrying Ethiopian cargo Berbera will be able to deal with, although there is a plan for coal imports to go through the port, Workneh said. Port Sudan is already receiving fertilizer for northern areas of Ethiopia, he said.

The Berbera Port Authority held discussions with U.S. Agency for International Development officials about aid imports, Jama said. The facility delivered 40,000 metric tons of wheat in February through Berbera for the UN World Food Programme to distribute to Ethiopians, according to the UN.