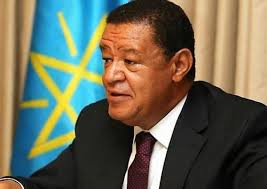 ADDIS ABABA (HAN) February 24, 2016 – Public Diplomacy and Regional Stability Initiatives News. By Mehari Beyene. The bank has been assisting the Ethiopian government in the effort to address problems of poverty and infrastructural development over the last 15 -years.

The President was holding talks with AfDB delegation Executive Directors yesterday on how the bank would support development activities in the country, according to Finance and Economic Cooperation State Minister Ahmed Shide, who attended the discussion.

The President briefed the delegates on Ethiopia’s development policy and the ongoing efforts to join middle income economies.

AfDB Delegation Representative Tunnaneh Heikki on his part said that the bank has been assisting the Ethiopian government in the effort to address problems of poverty and infrastructural development over the last 15- years.

He said the government should push forward to ensure the participation and benefits of the public from the fruits of ongoing development through creating jobs and increment of income as well as encourage the active participation of the private sector in the textile and leather industries.

During their stay here, the delegates have visited development projects underway in Bahir Dar City of Amhara State.