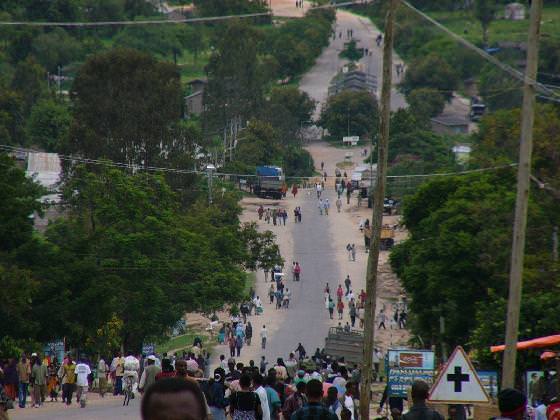 ADDIS ABABA (HAN) January 3, 2016 – Public Diplomacy and Regional Stability Initiatives News. Commissioner Moffat Kanga said an unknown number of people believed to be Ethiopian police reservists struck Bori near the Kenya-Ethiopia border at around 8am and staged the attack. He said security agencies were investigating the incident with an intention of seeking audience with authorities in Ethiopia.

“We don’t know why they did it but we know there is a problem between the Oromo people and the Ethiopian Government. We hope they will return the guns and release those abducted,” he said on the phone. He added there had been no provocation to warrant the attack at the village. See also: Miraa harmful to your health, scientists maintain The attack is the latest in a series that have happened in the area. In November at Sololo, three police officers were killed by Ethiopian soldiers.

This forced Kenya to deploy KDF soldiers and police officers along the border.In May 2015, a group of about 50 Ethiopian security forces armed with AK47 rifles crossed the border and stopped at the Illeret Police Station in North Horr, which is about 16 kilometers in Kenya. According to initial police reports, the group disembarked and took strategic positions around the police station. They later inspected the area and took photos of the area and talked to the Officer Commanding Station before leaving. They also stared at a lake that is down hills of the police station saying it was a good scenery before leaving.

The concern came because the incident happened few days after Kenyan and Ethiopian surveyors concluded surveying and demarcating the border. The border line is poorly manned. For instance, the station has nine police officers and there would have been little they could do if they wanted to. Last month, Kenya and Ethiopia signed a Sh20 billion five-year deal to end conflict along the border and spur development. President Uhuru Kenyatta and Ethiopian Prime Minister Hailemariam Desalegn witnessed the signing of a deal called “Marsabit County/Kenya-Borana Zone/Ethiopia Integrated Cross-border and Area-based Programme”, sponsored by UN agencies. The project is expected to help communities living along the border to improve their economy through trade.