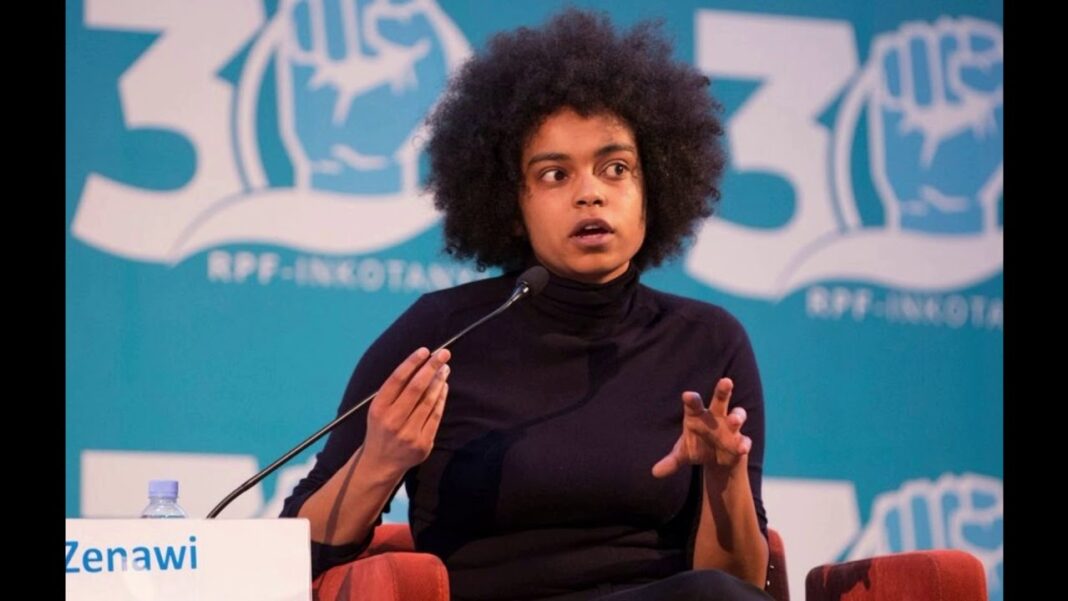 ADDIS ABABA (HAN) December 21.2020. Public Diplomacy and Regional Stability Initiatives News. Monitoring Regional Issues. The daughter of former Ethiopian Prime Minister Meles Zenawi has been arrested. Her mother Azeb Mesfin told the BBC that Semhal Meles was arrested in Mekelle, Tigray. She had apparently travelled to Mekelle before the conflict, to conduct research for a film about her late father. We are do not have any reason why she was detained by the police at this time.

This is a Developing Story. Stay tuned to for Updates.

As you might know, in the age of the Internet, conversations about issues that really matter can easily reach anyone in any part of the world. Now that you are living in the United Kingdom, far from barbed-wired Ethiopia, I am certain that you have unfettered access to the Internet as your dad has no power to filter and block websites and jam radio stations in a free country.

It was in 2005, a time of popular demand for freedom, violent repressions and crackdowns in Ethiopia, I became aware of your existence. In mid-2005, it was reported that you graduated from Sanford community school in Addis Ababa. But your graduation was not an ordinary event in spite of the fact that the tension between your fatherâ€™s brutal tyranny and the popular demand for democracy and freedom had already reached a critical stage.

According to news reports, your high school graduation was celebrated with a fanfare at the Sheraton Addis Luxury Collection in the presence of your parents, dignitaries, diplomats, tycoons and loyalists who must have brought you dazzling diamonds and expensive gifts. While the celebration and jubilation at the well-choreographed Sheraton party was in full swing, in many corners of the country poor women and their families were thrown in disarray consumed with heart-rending grief. They were wailing and weeping not with the intention of spoiling your party but to mourn the killings and mass detention of their dear children a few days before your graduation party when your dad ordered his army to open gun fire at those defenceless and unarmed young girls and boys who were out in the streets to sing the songs of freedom.

Desalegn. Young Shibre was just 21 years old and a high school graduate but living with her poor single mum and six siblings in Kotebe. In stead of celebrating anything worthy of calling a party, she was nipped in the bud. You may wonder why she was slaughtered in broad day light.  Read more