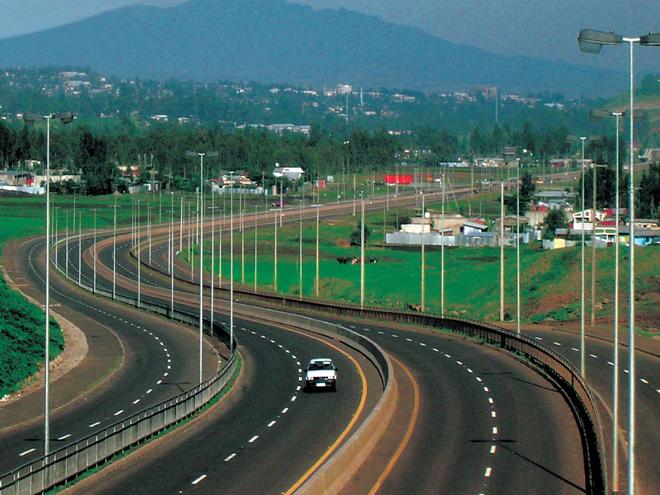 ADDIS ABABA (HAN) August 8.2016. Public Diplomacy & Regional Security News. Prime Minister Hailemariam Dessalegn vowed on Saturday that Ethiopia is keen to expedite infrastructure development to improve the investment and business climate while inaugurating the 28.1 km Akaki-IT Park (Goro) and Akaki-Lebu asphalt concrete roads. The Premier also noted that the Government has allotted huge sums of money for transport infrastructure projects to turn the country one of the epicenters of investment and FDI destination in Africa, promising that the Government will extend support to local contractors and consultants to engage in the field of infrastructure.

The roads were built in just six months by China Communications Construction Company Limited (CCCC) at a cost of 4.6 billion birr. Over 3,000 workers toiled to build the roads. When it opens to traffic, the roads are expected to ease traffic congestion along Akaki-Kaliti road.75 percent of the construction cost was covered by a loan secured from Exim Bank of China while the remaining cost was covered by the Government of Ethiopia.