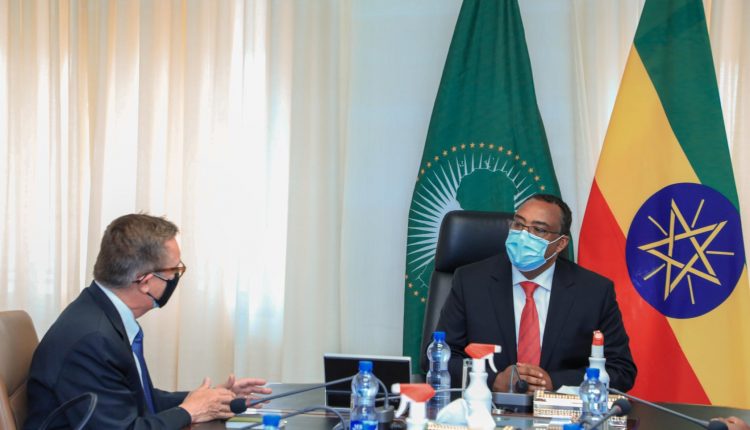 At the onset, the Deputy Prime Minister noted the longstanding relationship between the two countries and underscored the need to further cement it.

The special envoy said Ethiopia is a strategic partner of the United States and his country would like to work with the former on peace and security issues.

Discussing the situation in Tigray, the Deputy Prime Minister explained the humanitarian and rehabilitation efforts that the government has been undertaking so far.

The two sides also discussed issues related to the tripartite talks over the GERD and the Ethiopia-Sudan border dispute where Demeke reiterated Ethiopia’s commitment to peacefully solve the matters.

Jeffery Feltman expressed his country’s unwavering commitment to support efforts that aimed to bring amicable solutions to the parties involved in the GERD negotiations.

Speaking on the upcoming elections, the Deputy Prime Minister said the government is committed to make it free, fair and peaceful.

The two sides concluded their discussion in a spirit of common understanding, according to the Ministry of Foreign Affairs.