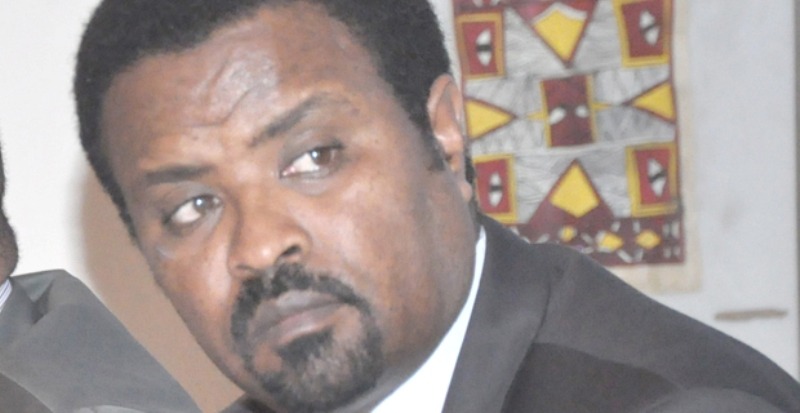 Khartoum (HAN) June 6, 2014. Ethiopian News Opinion By, MINILIK SALSAWI, Breaking News. Abadula Kuma Mayor of Addis Ababa has suspended from any type of activities, Stripped-off their passport and fall under 24 hours surveillance. the ruling party took such radical measure and start to swallow even his own loyalists following the dispute of Adis Ababa master plane expansions. No one knows where to end perhaps it may go further down to the grassroots level. Eradicate all the Network planted by Abadulla and his compatriots for the past two decades is not going to be an easy task with out that “evil genius” who used to manipulate the balance power.

The Tigray ruling party tplf  of 6% that controls over 98% of the military leadership of some of the 90 million Ethiopians from the time it arrived to addis as well as using divide and rule tactics of survival of the minority over the majority will now engage in mobilizing Amhara patriots from corner to corner against Oromos.

That is for the purpose of weakening the Oromo people’s rights, in general as well as in the coming 2015 make believe one party election acrobat, while currently Amara patriots are gleeful and too much over glad, just similar to the bygone time in 2005 election period when the tplf banished Oromia administration office form Addis Ababa to Adama to clear the ground for CUD’s land slide victory that almost swallowed the tplf and its leader from existence on spot, but again now Amara patriots saying “what goes round, comes round” to oromos while they themselves are now living the flowery days in their ususal opinion while waiting for the right occasion and for their turn to be an object of  TPLF’s devious attack that is sure to happen just when the current dust concerning the Addis plan settles down and the Amara jubilation slowly but surely cools down to realities.
Oromo people are asking themselves, Why Oromo region is under military rule?

General Samora Muhammad Yunis said the military ae in Oromo regional state specific area because “of the violence in Boke zone and other parts of the country that resulted in loss of innocent lives and property, which was likely to escalate”.

General added: “We ask the Ethiopian public not to panic and to carry on their lives normally.”

A curfew has just been declared some parts of Oromia, so the Ethiopian military is obviously making efforts to make sure there is no immediate response to its announcement.