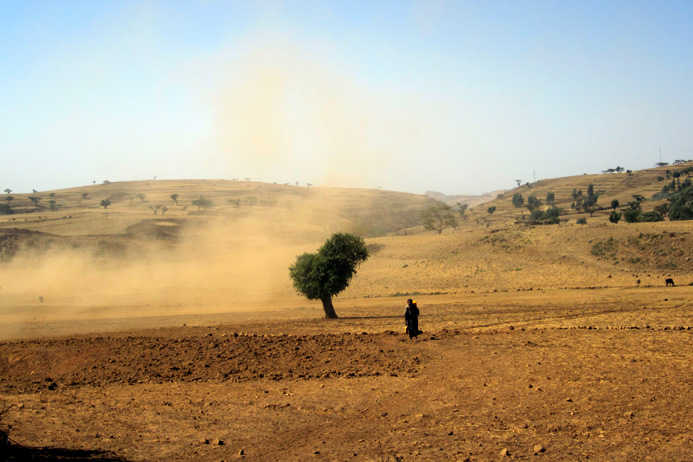 OPINION. By Nyikaw Ochalla. This story is part of Our new website shining a light on land and property rights around the world

Opponents of the Ethiopian government’s policies have faced violence, but the EU has continued to provide funding for its commercial land deal projects

On Friday, the EU and German government announced the agreement of providing the Government of Ethiopia with 3.8 Million euro for a project to facilitate large-scale commercial land deals amid wide spread human rights abuses and brutal repression of its opponents. The EU and German government state that the project will “support responsible agricultural investment in Ethiopia” and establish “mechanisms to facilitate productive investments in agriculture by national and international private investors.”

The launch of the 3.8 Million Euro project to “support agricultural investments in Ethiopia” comes exactly one year and four months after the government arrested seven community activists to block their participation in a workshop on food and land issues in Nairobi, Kenya. Three of these activists continue to languish in an Ethiopian jail, under the spurious charge of “terrorism”.

Ethiopia is among African countries promoting large-scale commercial agricultural investments that deny the right of the affected communities for active involvement and free, prior and informed consent. In past few years, the government policy has received strong criticism from journalists and activists leading to the government suspending the implementation of its land deal policy in March 2016.

Despite great concerns for its human rights records against Ethiopian food, land rights and human rights defenders and journalists, Ethiopian government remains to be strongly supported by major donor countries and institutions. The World Bank that funded the Ethiopian controversial villagisation programme and facilitated major development projects in the country has been heavily criticised for ignoring the arrest of food and land rights activists Pastor Omot Agwa Okwoy who was World Bank Inspection Panel translator in 2014, Ashinie Astin and Jemal Oumar for their effort to attend a food security workshop in Nairobi in March 2015.

The three activists remain behind bars, charged under Ethiopian controversial counter-terrorism law. The government persecution has failed to present any evidence to support the counter-terrorism charges brought against them. They were denied legal representation and detained without charges for six months.

The three activists are scheduled to appear again in court this Tuesday, July 19, 2016. The organisations listed below, as well as the EU Addis delegation, have been closely following the case. The organisations are Anywaa Survival Organisation, GRAIN, Oakland Institute, Bread for All, etc.

In recent years, numerous opponents of the Ethiopian government’s land policies have been arrested, beaten and even killed, while many communities have been forcefully evicted from their lands to make way for large scale agricultural projects.

There can be no responsible investment in large-scale agricultural projects when communities do not have the right to freely express and assert their opposition to projects affecting their lands.

The announcement by the EU and German government, who not only are well aware of the Ethiopian government’s repression of opponents to its land policies but also have been following up the court hearings, are sending a message that the lives of Ethiopians can be sacrificed for the profits of their corporations.

Nykiaw Ochalla is a director and founder of Anywaa Survival Organisation-ASO, an organisation that believes in social justice and environment friendly sustainable development without prejudice; active participation of indigenous people in decision making processes that affected their livelihoods and their full enjoyment of development projects benefits implemented on their territories.