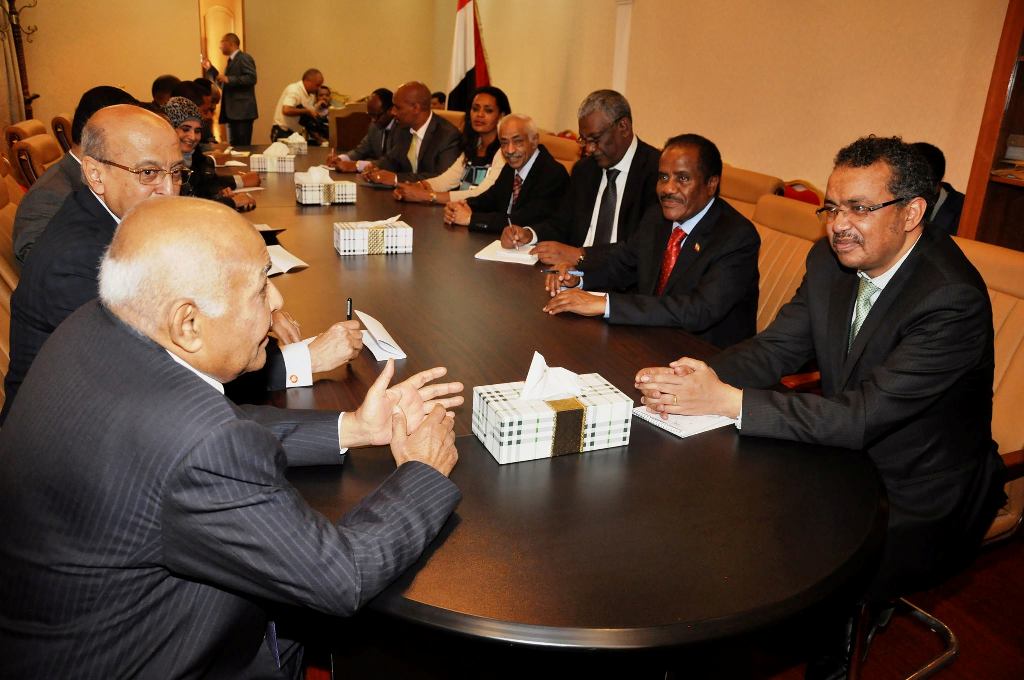 Addis Ababa (HAN) May 28, 2014 – Regional diplomatic relations between Ethiopia and Yemen were inaugurated before the 2nd World War in 1935.  Dr. Tedros Adhanom met last week in his office  President Abdu Rebu Mansour Hadi in Sana’a following the conclusion of the Fifth Joint Ministerial Commission Meeting. Discussions centered on matters related to bilateral and regional affairs of common concern and interest.

However, he said, the Government of Eritrea persistently disregarded the logic of reason, dialogue and negotiation and attached greater significance to the logic of might and conflict. He affirmed that Ethiopia was always open and willing to participate in sustained dialogue and constructive discussion. Dr. Tedros also explained that the Grand Ethiopian Renaissance Dam was a landmark in Ethiopia’s march towards prosperity and sustainable development, adding that the GERD would contribute greatly to the transformation of the economies and societies of all Nile Basin countries including Egypt. 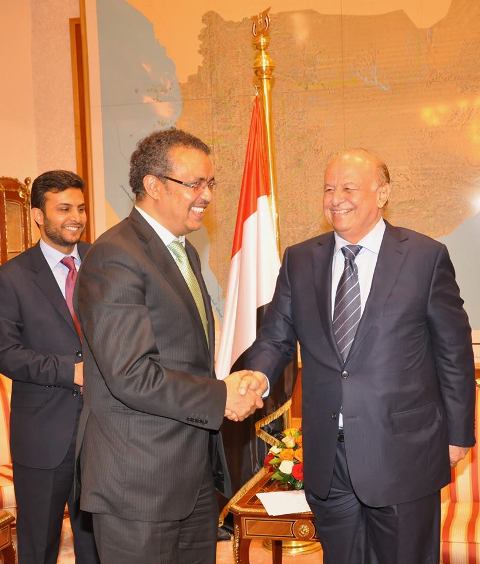 According to the Ethiopian Official Page of Ministry of Foreign Affairs:

Ethiopia and The Republic of Yemen have deep rooted and symbiotic historical and cultural relations signified by the shared legends of the Queen of Sheba and Abraha, a viceroy for the Emperors of Axum in the 6th century. Indeed, relations between the two countries are so rich in all aspects that one can only mention the highlights. There is a strong resemblance in terrain and in the architectural design of buildings both in Yemen and in various parts of Ethiopia, underlining the strong ties between the two countries. Geez and Sabean alphabets are very similar, emphasizing the long and strong cultural relations. The free movement of people from one to the other since ancient times has made the assimilation of the peoples of the two countries both possible and easy. Today, there are thousands of Ethiopians living in different parts of Yemen; at the same time many Yemenis live in Ethiopia. The presence of the Yemeni Community School in Addis Ababa is one indication of this fact. It plays a substantive role in strengthening people-to-people relations. Yemenis have not forgotten that Ethiopia provided a place of sanctuary for many Yemenis during the rule of the Imams after the 2nd World War before the Yemen Arab Republic was set up in 1962. In turn, Ethiopia is deeply indebted to those Yemeni troops who came to fight for Ethiopia to help stop the aggression of Siad Barre, the then dictator of Somalia, in 1977-78.