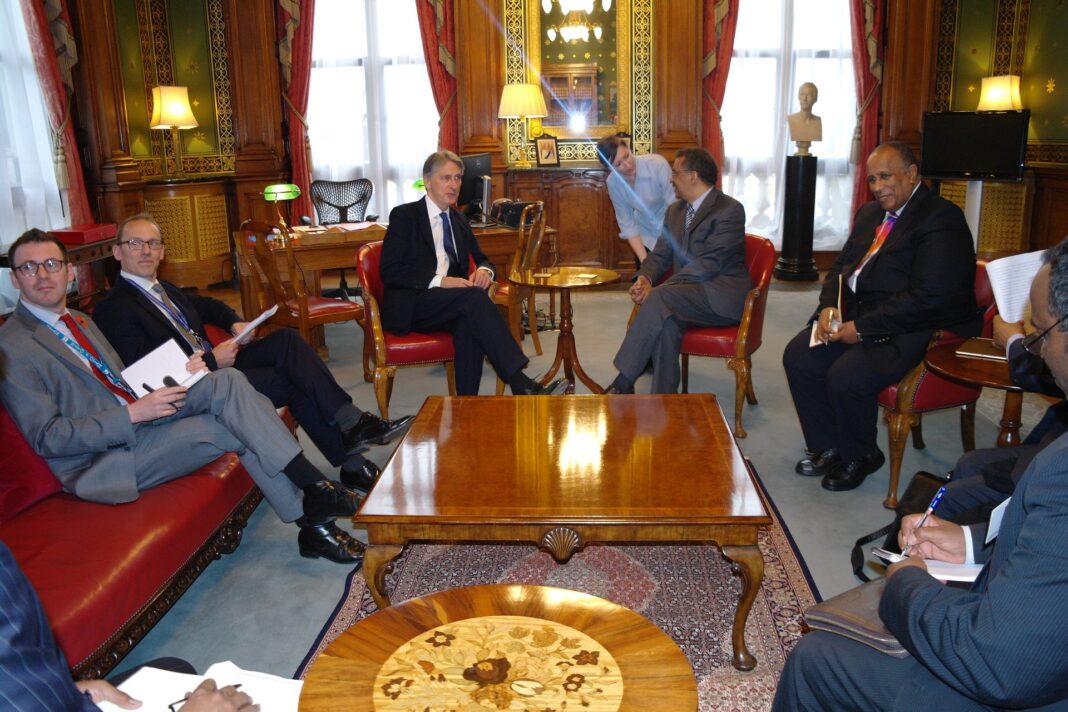 London (HAN) October 23, 2015 – Public Diplomacy and Regional Security and stability Initiatives News. Dr. Tedros held bilateral discussions with Mr. Philip Hammond, the UK Secretary of State for Foreign and Commonwealth Affairs, on Wednesday (October 21). Mr. Hammond said he appreciated the existing bilateral cooperation between the UK and Ethiopia, covering a range of areas which included development, trade, culture, investment and peace and security. The two ministers agreed that their bilateral partnership has led to effective development cooperation; they also agreed to raise the level of political consultation to further strengthening the strategic partnership between Ethiopia and the UK. Dr. Tedros briefed Mr. Hammond on the current situation in the Horn of Africa, with particular reference to Somalia and to the present state of the peace talks on South Sudan. Mr. Hammond welcomed the role Ethiopia was playing to help maintain peace and stability in the region, particularly in Somalia.

He also appreciated its role in the process of the peace negotiations on South Sudan. The two ministers agreed to make every effort to assist the parties to resolve the problem of South Sudan, They also discussed the issue of migration and concurred that the most effective option was to invest in development to create job opportunities and tackle the root causes of migration.MFA