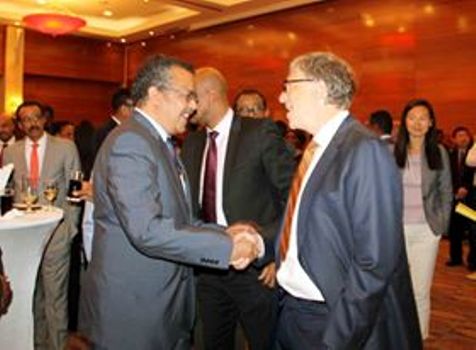 Acknowledging that Bill and Melinda have done tremendous work through their foundation, Foreign Minister Dr. Tedros mentioned L10K has been an example of the Bill and Melinda Gates Foundation’s flagship Health Program.

Mindful of the fact that Ethiopia is a key focus country for the Bill & Melinda Gates Foundation, the Minister further underscored that the foundation has been actively engaged in a range of sectors, which among others  he said included  health, and agriculture, as well as development engagements on women and children.
Co-Founder of Microsoft and Bill & Melinda Gates Foundation, Bill Gates on his part said Ethiopia has done tremendous work in the economy, agriculture and the health sector, particularly in the buildup of health extension workers.

He said, “There are best experiences here in Ethiopia that other countries should share.” On the way forward, Bill Gates added, “We need to have further platforms to bring about financial empowerment.”