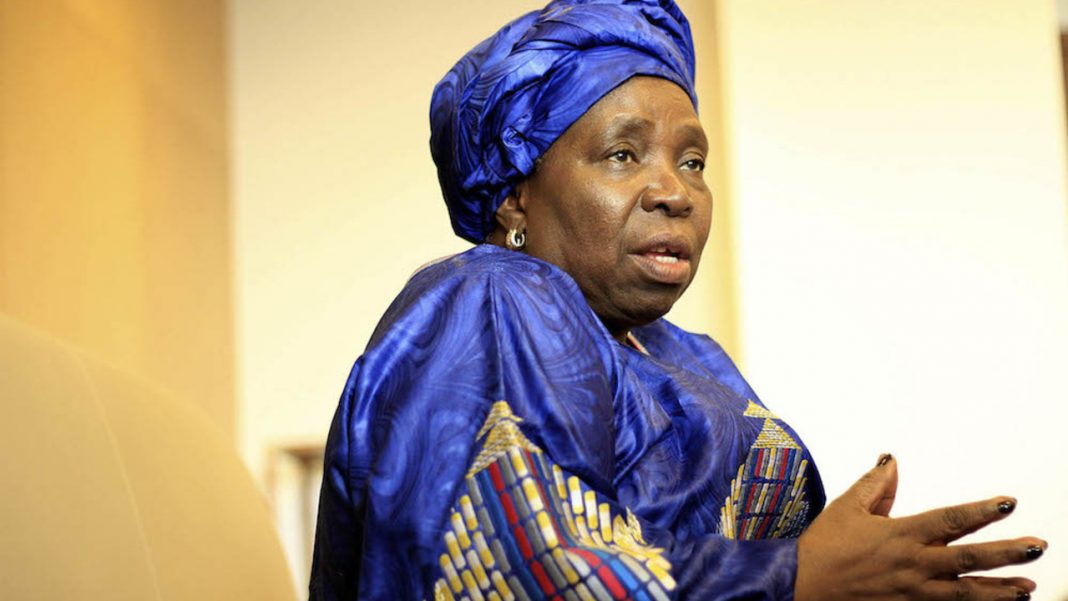 African Union Commission head Nkosazana Dlamini-Zuma has called for intense dialogue over the recent protests in Ethiopia, saying that it was imperative to find lasting solutions in the country.

In a statement, Dlamini-Zuma said that the Ethiopian government should ensure that fundamental human rights and freedoms were respected as the guidelines on state of emergency were implemented.

She also urged the government to ensure that the internet which had been restricted due to the protests was restored.

“The AUC chairperson calls for calm and peace during the period when the state of emergency is in effect, and further urges the government to consider ensuring that citizens’ rights to access to information and communication technologies, including internet services and social media are restored,” the statement said.

The prime minister gave key government positions to two leaders from the Oromo people who spearheaded deadly anti-government protests over the last year, reducing the dominance of the minority Tigrayans.

Reports indicated that protesters from the majority Oromo and Amhara ethnic groups had claimed that they were being marginalised by the minority Tigrayan-led government which they accused of monopolising power and controlling the economy.

Last month dozens of people were crushed to death in a stampede after police fired tear gas and rubber bullets to disperse an anti-government protest that grew out of a massive religious festival last month.

At least 52 people died during the stampede.

The government last responded by imposing a state of emergence that would last at least for six months in order to get the country back to normal.

Following a the imposing of the state of emergence and a visit by Germany Chancellor Angela Markel, Desalegn said that his government was planning to reform the country’s electoral electoral system which had excluded the opposition.