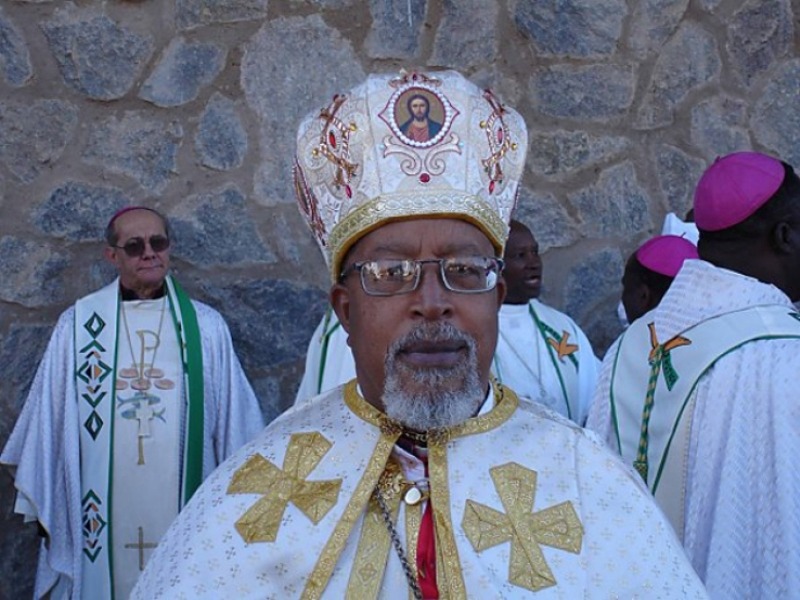 Addis Ababa (HAN) August 5, 2014 – Public Diplomacy news. The British government summoned Ethiopian diplomats to raise its concerns about the arrest of a British national being held in Ethiopia who has been sentenced to death over his involvement with an opposition political group.

“Mr Simmonds asked the chargé to urge his government to deliver on previous commitments to provide consular access without further delay, and to provide assurances that they do not intend to carry out the death penalty imposed in absentia,” a statement from the Foreign Office said. 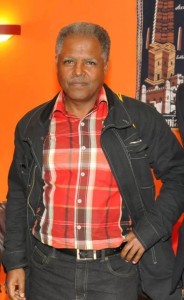 Andargachew Tsige was sentenced to death in 2009 in abstention  and another trial handed him life behind bars three years later. He was arrested in Yemen earlier this year and extradited to Ethiopia.

The Ethiopian government has been pressed to provide guarantees that a British national facing the death penalty will not be executed.

Political activist Andargachew Tsige has been detained in Ethiopia for six weeks following his removal from Yemen and denied consular access from British officials, the Foreign Office said.

Andargachew Tsige is secretary general of the banned Ginbot 7 movement, with reports stating he was sentenced to death in his absence in 2009 for plotting a coup – charges he and others denied.

Demeke Atnafu, charge d’affaires at the Ethiopian embassy in the UK, was summoned to the Foreign Office to meet Africa Minister Mark Simmonds.

In a statement, the Foreign Office said: “Mr Simmonds expressed deep concern that the Ethiopian authorities had not allowed consular access to Mr Andargachew Tsige, a British national who has now been detained as a terrorist in Ethiopia after being removed from Yemeni Sana’a International Airport. 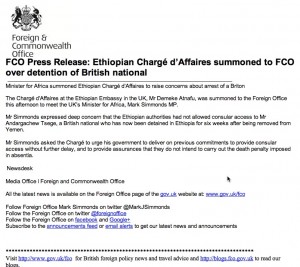 They have asked the Ethiopian authorities to guarantee he is not tortured or ill-treated in prison.  Photo Sources: Cyberzena Citizen Journalists