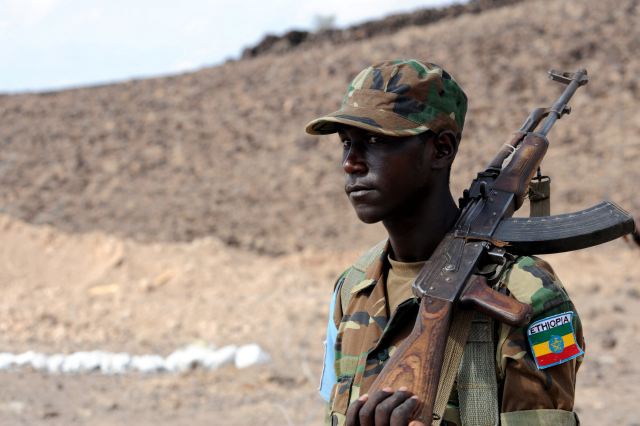 ADDIS ABABA (HAN) October 18.2017. Public Diplomacy & Regional Security News.Abdur Rahman Alfa Shaban. The Ethiopian government has disclosed that the army has effectively been banned from playing any role in the search for peace in a boundary crisis between the Oromia and Somali regional states.

Information Minister Negeri Lencho at a press briefing said as part of peace efforts in the wake of recent deadly clashes, the government was tackling the source of the tensions but also actively helping displaced persons with much needed assistance.

The minister also disclosed that arrests have been made of people believed to be behind the hostilities. He admitted that even though suspects in Oromia have been picked up, the Somali state officials were not showing enough commitment to do same.

The inter-state clashes is said to be ethnic in nature even though political, human rights watchers and Oromo activists insist that it has an element of government complicity.

Most residents in Oromia believe that the government continues to arm a paramilitary force, the Liyu Police’ located in the Somali region as part of efforts to clamp down on Oromo protesters.

Some residents and activists continue to blame the Liyu Police for recent clashes between Oromo and Somali ethnic groups.

Despite long-standing talk of resource control fueling the tensions, some residents and activists say the Liyu police are more to blame for recent incidents.

Meanwhile, a new wave of anti-government protests continue to gain currency in Oromia – the heartland of similar protests between 2015 – 2016. It led to a state of emergency in October 2016, a six-month measure that eventually lasted 10 months, it was lifted in early August 2017.