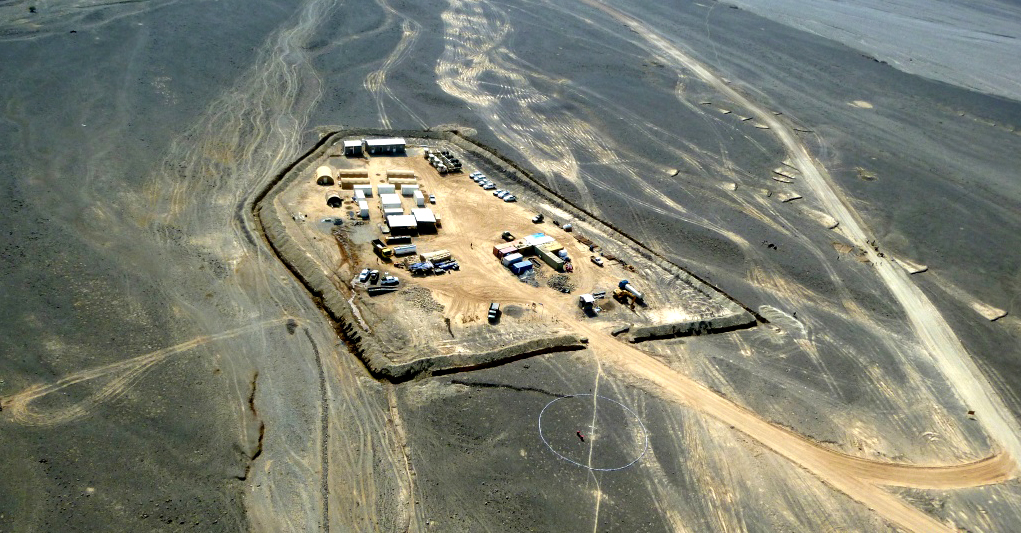 Prime Minister Hailemariam Dessalegn on Monday accused Allana Potash, the Canadian company which was engaged in potash mineral exploration and development project in the Afar Regional State, of tax evasion.

In a press conference held in his office on Monday morning Prime Minister Hailemariam was asked about the state of the Ethiopian mining sector and the exit of prominent mining companies such as Allana Potash and Israel Chemicals Ltd (ICL).

Allana Potash, which was listed in the Toronto Stock Exchange through its subsidiary company Allana Potash Afar, was prospecting for potash deposit in the Danakil Depression in North East Ethiopia for more than six years and spent tens of millions of dollars on the exploration project. The company discovered 3.2 billion tons of potash which could be mined for 50 years. The company had a plan to invest 750 million dollars on developing the potash mine and export one million tons of potash yearly generating 430 million dollars.

In 2013 the then Ministry of Mines granted Allana large scale mining license that enables the company to mine the potash deposit.  However, due to the commodity market crash particularly the nose-diving price of potash in the global market, Allana was unable to raise the required investment capital to finance the project. To avoid massive shareholders dilution the management and board of Allana Potash decided to sell the company. Accordingly, in March 2015 the board accepted the buyout offer from ICL, the 6th largest fertilizer producer in the world.

At the moment, officials of the Ministry of Mines, Petroleum and Natural Gas were reluctant to recognize the deal citing that they were not pre informed about the transaction, a claim which executives of Allana refute.

Following the acquisition of Allana Potash, ICL applied to the Ministry of Mines, Petroleum and Natural Gas to transfer the mining license of Allana to ICL. While the ministry was evaluating the request made by Allana Potash Afar, a unit of ICL was allowed to continue the mine development work. Before the mining license transfer was made the Ethiopian Revenues and Customs Authority (ERCA) claimed Allana Potash Afar to pay some 55 million dollars in tax. The tax claim includes the withholding and VAT tax arrears, which was supposed to be paid by Allana, and capital gain tax for the acquisition of Allana.

ICL rejected the tax claim and subsequently the board of ICL decided to terminate the potash project. In a statement issued in October 2016 the board stated that Allana Potash Afar was unable to carry out its work due to the obstacles posed by the Ethiopian government. “The board has taken this decision in view of the Ethiopian government’s failure to provide the necessary infrastructure and regulatory framework for the project and follows the Ethiopian tax authority’s rejection off Allana Afar’s appeal regarding the unjustified and illegal tax assessment which Allana Afar has declined to pay. In particular , as already notified to the government, Ethiopia’s acts and missions have been in breach of , inter alia, the protections to which the investment is entitled under an international investment treaty,”  the company’s statement read.

Defying ICL’s statement Prime Minister Hailemariam blamed Allana Potash for the tax fiasco. The PM said that the Ethiopian government knows only Allana Potash. “It is Allana that is legally registered and has been operating in Ethiopia. If Allana does not want to continue working on the project we will award the concession to one of the many companies that are vying to take over the mine.”

The former management and board of Allana Potash were stunned by the PM’s statement. Cofounder of Allana Potash Afar, Nejib Abbabiya, claims that Prime Minister Hailemariam was misinformed. “I respect the Prime Minister. He is leading a big country which is one of the fastest growing economies in Africa. But when it comes to Allana’s case I am afraid that he has wrong information. He relies on information provided by his aides and experts. And I think he is provided with erroneous information. It is easy to verify the ce because all the documents are there,” Nejib said.

Nejib said that there was no back door deal made between Allana Potash and ICL. “The deal was made between two publicly traded companies and the companies cannot hide the information because they have to report everything to thousands of shareholders of the companies. They have to put everything on the book because they are listed on a stock market. The negotiations and acquisition of Allana Potash by ICL was a public knowledge. It was reported by the international media as well as Ethiopian media including The Reporter. A press statement was issued in due course.”

ICL initially bought 16 percent of the shares of Allana and later acquired the remaining shares for about 140 million dollars. ICL has been closely working with the Ministry of Agriculture and the Agricultural Transformation Agency (ATA) on fertilizer use advocacy. ICL had revealed its mine development plan and construction of three fertilizer blending plants with an out lay of 1.5 billion dollars. ICL had granted 600,000 dollars for farmers’ education on the use of fertilizer.

Speaking of the tax arrears Nejib said that ICL conducted due diligence on Allana Potash for a year before it agreed to buy the company.  He said ICL knew what assets and liabilities Allana had. “ICL assumed all the assets and liabilities of Allana Potash. Let alone such a big transaction when you buy a house in Addis Ababa you do some investigation before you sign an agreement. You check and crosscheck if there is a bank loan, tax arrears and if there is any claimant.”

Nejib said that the former management of Allana Potash will write a letter to Prime Minister Hailemariam Dessalegn and they were willing to appear before him and explain the matter. “I believe that we will be able to clear the misunderstandings amicably.” According to Nejib, Allana Potash had invested 90 million dollars on the potash exploration project and offered jobs for 450 Ethiopians.

In a telephone conversation with The Reporter former president and CEO of Allana Potash Farhad Abasov said that he would respond after he consults with his legal counselors.

Sources close to the matter told The Reporter that ICL agreed to pay 15 million dollars to ERCA but the authority demanded some 55 million dollars. In a letter dated November 4, 2016 and addressed to ERCA and the Ministry of Mines, Petroleum and Natural Gas, ICL said it wants to close the books and officially handover the project to the Ethiopian government. The company sought a guarantee that its officials would not be detained when they come to handover the project. Sources said so far there is no response from the government.

According to ICL, the net value of the investment in the project as of June 30, 2016 was approximately 170 million dollars. “Following the board’s decision the company will recognize in its financial reports an impairment of the investment amount as well as a provision for the expected closing costs,” the company said in statement issued on October 6, 2016.

Executives of ICL did not respond to email messages. Effort to get comments from ERCA was not successful.

Prime Minister Hailemariam said the mining sector could contribute to the country’s economic development. However, he said his government does not want the economy to be dependent on the mining sector. “Our future relies on the manufacturing sector.”