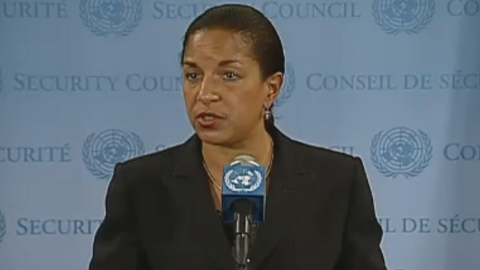 By Berhane Alazar. Although not exactly alarming anymore, the perpetuous actions the US have been actively taking against Eritrea and its people for some time now has been weird and perplexing to put it mildly. The latest silly action taken by certain US government officials against Eritrea over the weekend begs the question: “Why are some US policy makers acting and behaving like a headless chicken when it comes to Eritrea and the welfare of its citizens”?

Since the abrupt and uncalled-for cancellation of an Eritrean – American event that had been planned in Washington, DC for last Sunday the 2nd of October, some people have been wondering, perhaps naively, that the U.S. unwarranted action may have been a sort of “tit-for-tat” by the Obama Administration for something Eritrea may have been falsely accused of doing like so many fabricated accusations that have been thrown at her in the last 15 years or so.

While I am not privy to what Eritrea may have done to the U.S. to prompt the U.S. to act as it did, I am having a hard time to even understand how the State Department would contemplate a justifiable “Tit” when clearly there NEVER was a verifiable “tat” from Eritrea to justify a “tit for tat” scenario!

The latest U.S. ill-advised action is unwise and shameful and troublesome for it trounces “The First Amendment”, one of the pillars of the U.S. Constitution. That amendment, the right of “Freedom of speech and Assembly” enshrined in the US Constitution, has been denied to the thousands of Eritrean Americans and other American citizens that had avail themselves by travelling miles by road, rail and air to attend the peaceful seminar that was to have been conducted by an Eritrean delegation that were in the U.S. for the annual UN General Assembly!

Strangely, the State Department officials that were contacted on the matter appear to not have any consistent reason or plausible justification for the forced cancellation they demanded of the organizers of the event and event facilitators!

The selective, biased and racist attitude these State Department officials displayed against the Eritrean American community and their inalienable right to gather peacefully to address their concerns, must be challenged and challenged forcefully by legal means.

Enough to the double standard the U.S. has been playing against the hardworking, honest and peaceful Eritrean people and their government!

It is about time that the US stop working in tandem with forces that wish to undermine our hard won political independence, national sovereignty and territorial integrity.