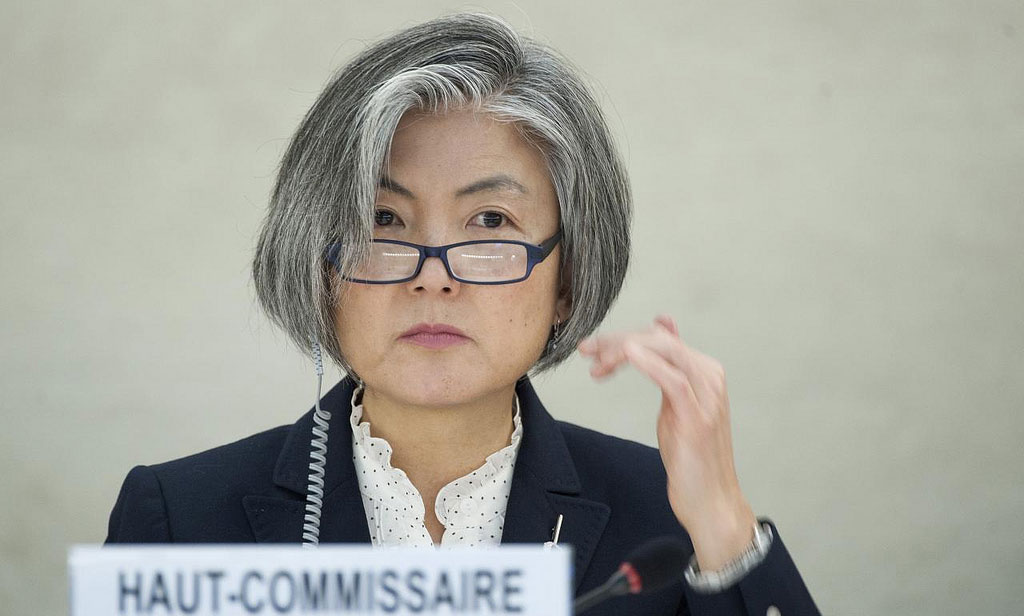 Arriving in Asmara city in the early morning hours of January 25, Ms. Kyun-wha met and held talks with various senior Eritrean government officials and U.N. Agencies. Discussions covered ways of strengthening engagement and cooperation between the government of Eritrea and the U.N. and an exploration of areas for future program support.

In a meeting she held with Mr. Yemane Ghebremeskel, the Minster of Information, Minister Yemane underlined that the engagements of the U.N. agencies should not confine themselves to development programs only, but should also play their due part in helping to lift the illegal sanctions imposed on Eritrea in contravention of international law.

In a joint meeting she held with the Ministers of Health, Education, Agriculture as well as Labor and Human Welfare, Ms. Kyun-wha made remarks on ongoing fields of cooperation and developments towards ensuring social services, including food security and social welfare.

During her visit, Ms. Kuyu-wha stopped at the health centers in Serejeka and Geshenashim, followed by a tour of Emabdorho elementary and middle schools to assess various health provisions made for students.

The UN envoy also met with Ms. Senait Mehari, Deputy of the Social and Economic Department of the National Union of Eritrea Women, who discussed the progress Eritrea has made in gender equality, including progress in remote areas, and disclosed the Union’s role towards this end.