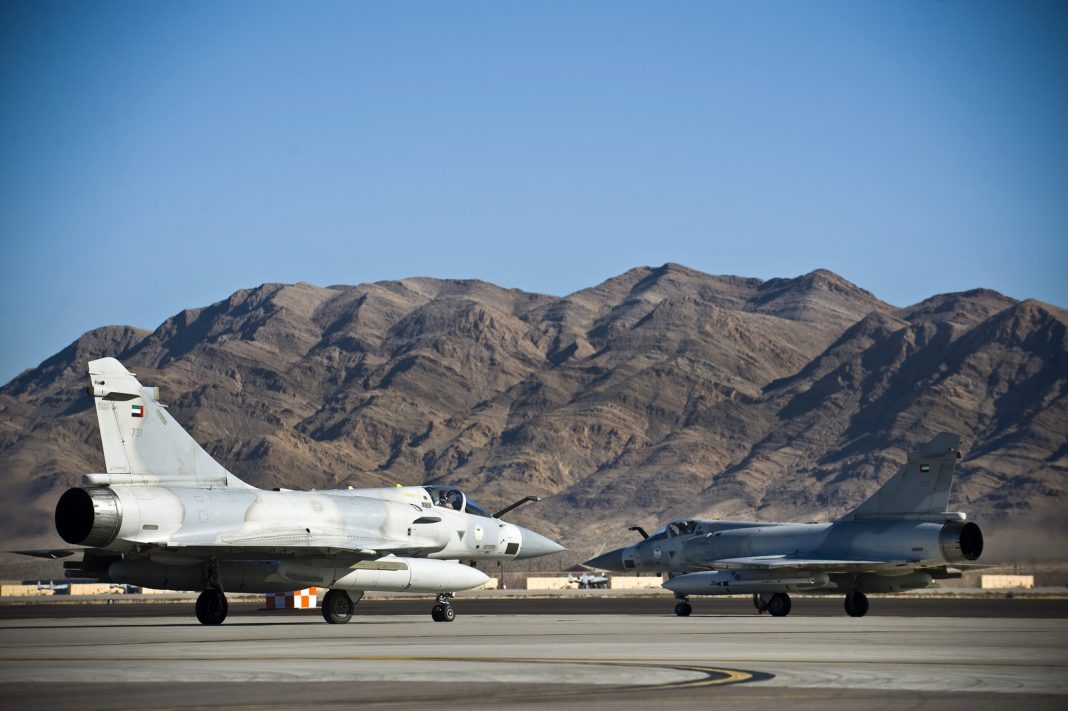 There were nine Dassault Mirage 2000 multirole jet fighters at the airport on 20 October, as well as two Sikorsky UH-60 Black Hawk helicopters, two Bell 407 helicopters, one Lockheed Martin C-130 Hercules transport aircraft, and two Bombardier Dash 8 turboprop airliners. This combination of aircraft is only in service with the UAE air force, which has about 40 Mirage 2000-9EAD jets and operates the Northstar Aviation 407MHR armed version of the Bell helicopter.

To read the full article HERE