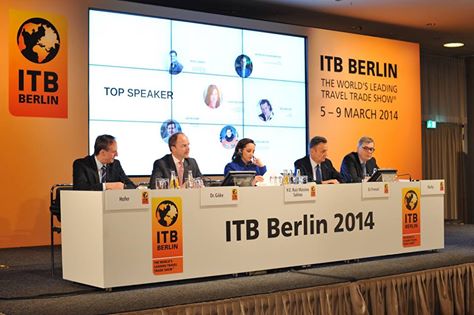 Asmara (HAN) March 6, 2015 – Public Diplomacy, Regional Trade and Tourism news. The International Tourism Bourse is organized annually and 174000 people joined in this Trade Show. ITB BERLIN 2015 is known as the significant Trade Show, Fair and Exhibition that will cope with the topics of Tourism, Travel and Hospitality.

The Eritrean government is taking part in the annual International Tourism Exhibition in Berlin, Germany, for the 10th time, according to the Eritrean Embassy.

Eritrea is staging a pictorial show at the exhibition featuring the nation’s natural resources, culture and values, in addition to food, works of handicrafts and traditional coffee ceremony, among others.

Eritrean pamphlets and posters by the Ministry of Tourism and the Eritrean Embassy highlighting the nation’s tourism resources are being handed to visitors of the exhibition.

Berlin International Tourism Exhibition is one of the world’s major shows, and that a total of 10,000 tourism institutions from 180 states are participating in the current exhibition.