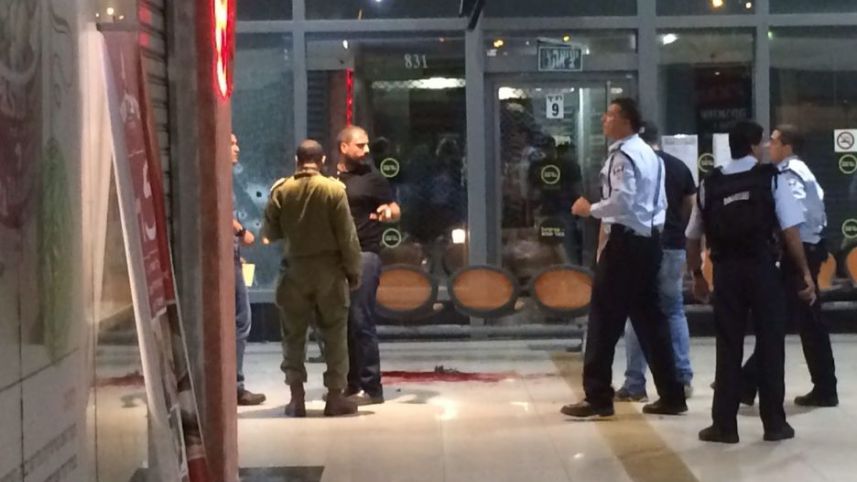 JERUSALEM (HAN) October 18, 2015 – Public Diplomacy and Regional Investment Initiative News. Israeli police say an attack at a bus station in southern Israel was carried out by one attacker, not two.Police commander Yoram Halevy says officers at the bus station mistakenly opened fire on a foreigner during the attack Sunday, apparently thinking he was an assailant. The man was wounded. Halevy told reporters that the incident is being investigated. Israeli media say the foreigner is an Eritrean national. An Arab attacker armed with a gun and a knife opened fire in a southern Israel bus station on Sunday, police said, killing an Israeli soldier and wounding 10 people in one of the boldest attacks yet in a month-long wave of violence.

The attack came as Israel further tightened security around the country, highlighted by the construction of a barrier separating Jewish and Arab neighbourhoods in east Jerusalem. In a bid to halt the fighting, U.S. Secretary of State John Kerry said he would meet the Israeli and Palestinian leaders in the coming days.

Israel has deployed thousands of police, backed up by troops, to maintain order following a spate of attacks, mostly stabbings, by Palestinian assailants. Those measures have so far failed to stop the violence.

In Sunday night’s attack, police said the Arab assailant entered the central bus station in the southern city of Beersheba and began shooting and stabbing people. They said an Israeli soldier was killed, five police were lightly wounded and five civilians were wounded to varying degrees.

Yoram Halevy, a police commander in southern Israel, told reporters that in addition to the knife and gun he entered with, the attacker also snatched a weapon from the soldier he killed.

The attacker, whose identity was not immediately known, was shot and killed.

A foreigner was shot by police during the attack after they apparently mistook him for an assailant. Halevy said security forces responding to the attack entered the bus station from another area and saw a “foreign national,” shooting and wounding him.

Israeli media said the foreigner was an Eritrean national living in Israel.

Israeli media showed footage of a blood-streaked floor and rows of ambulances outside the bus station. Security camera footage from the bus station aired on Israeli TV showed what appeared to be a civilian shooting the attacker as soldiers and civilians crouched for cover nearby. 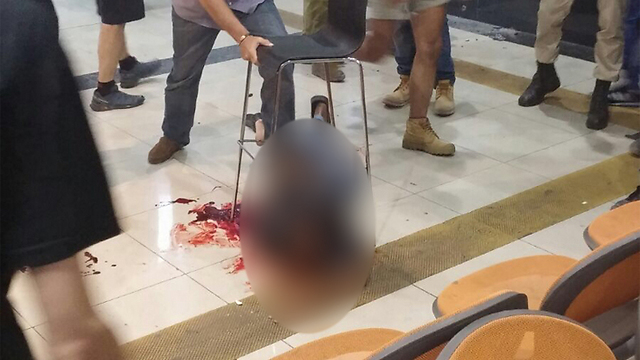 The attack was one of the most serious incidents amid near-daily bouts of violence that has hit Israel and the Palestinian territories over the past month. After the attack, a crowd of Israelis gathered outside the bus station and chanted “death to Arabs.”

The unrest erupted in Jerusalem a month ago over tensions surrounding a Jerusalem holy site sacred to Jews and Muslims. It soon spread to Arab neighbourhoods of east Jerusalem and then to the West Bank, Gaza and Israel.

Israel has struggled to contain near-daily attacks by Palestinian assailants. Authorities have blocked roads and placed checkpoints at the entrances of Palestinian neighbourhoods in east Jerusalem. Other security measures include ID checks and requiring some Palestinian residents to lift their shirts and roll up pant legs as they exit their neighbourhoods to prove they are not carrying knives. Soldiers have been deployed in Jerusalem and cities across Israel.

But erecting a barrier dividing areas of Jerusalem is a sensitive step, testing Israel’s repeated statements over the years that the city is its undivided, eternal capital.

Israel captured east Jerusalem in the 1967 Mideast war and later annexed the area in a move that is not recognized internationally. The Palestinians want east Jerusalem as the capital of their hoped-for state.

“This has no political meaning,” said Emmanuel Nahshon, a spokesman for Israel’s foreign ministry. “It’s one more aspect of our security measures.”

Samri, the police spokeswoman, said the barrier would remain “for as long as needed” and that it could be lengthened based on security needs.

On Sunday, the six slabs lined a sidewalk on a road between the Jewish and Arab neighbourhoods. Writing in Hebrew on the barrier said it was a “temporary, mobile police barrier.” It did not prevent pedestrians from leaving or entering.

Palestinians said the roadblocks are collective punishment and ineffective in deterring attackers. 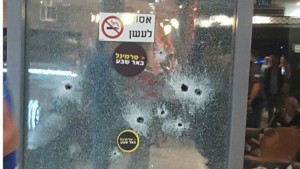 Israeli leaders say the violence is due to Palestinian incitement. But Palestinians say it is the result of years of Israeli occupation, failed peace efforts and lack of hope among their youth.

Much of that hopelessness is found in Arab areas of east Jerusalem. They complain of discrimination, noting that municipal services from education to garbage pickup in their areas are neglected.

Over the past month, nine Israelis have been killed in Palestinian attacks, most of them stabbings. In that time, 41 Palestinians were killed by Israeli fire, including 20 labeled by Israel as attackers, and the rest in clashes with Israeli troops.

The daily attacks have caused a sense of panic across Israel and raised fears that the region is on the cusp of a new round of heavy violence.

Domestic critics say Netanyahu — long opposed to any negotiated partition of Jerusalem into two capitals — is effectively dividing the city along ethnic lines with his security measures.

“The great patriots … who don’t go to bed at night before praying for a unified, undivided, greater Jerusalem, are now proposing to dissect it, divide it and return it back 48 years in time,” commentator Nehemiah Strassler wrote in the Israeli daily Haaretz.

Some warn that recent events — a rise in “lone wolf” attacks by Palestinians and Israeli crackdowns — offer a taste of the constant hate-filled skirmishes that would likely prevail for years if there’s no deal on setting up Palestine next to Israel.

Netanyahu, meanwhile, rejects the notion that Palestinian attackers, including those in Jerusalem, are driven by anger over decades of Israeli rule.

He blames what he calls incitement to violence against Israel by Abbas and Palestinian Muslim leaders, including claims that Israel plans to erode Muslim-only prayer rights at a major Jerusalem shrine revered by Muslims and Jews. Netanyahu denies he intends to change the status quo, though senior coalition members have been pushing for Jewish prayer rights at the site.

“With respect to the Palestinian population [in Jerusalem], Israel has a lot of work to do, as it does with the social needs of its Jewish population,” senior Netanyahu adviser Dore Gold told The Associated Press. “But the primary problem here are the deliberate lies being spread” about the shrine, he said.

The site is known to Jews as the Temple Mount, or home of their biblical Temples, and to Muslims as the Haram as-Sharif, marking the spot where the Prophet Muhammad ascended to heaven.

“Israel has no interest in creating divisions in Jerusalem,” Gold said of the dozens of road barriers that went up late last week. Israel “has a right to use the same security measures which every other city facing urban rioting has used,” he added, suggesting the measures could be rolled back.CBC