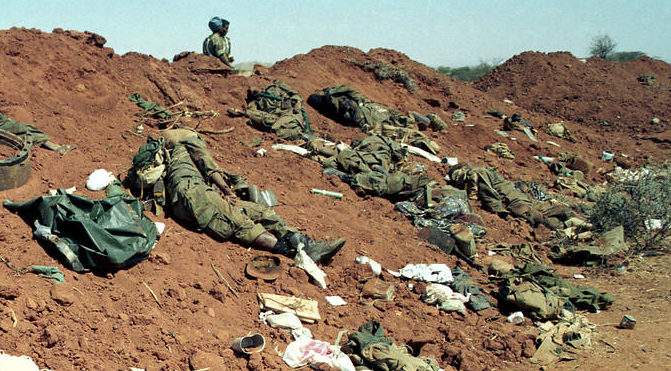 Asmara (HAN) December 25, 2018. Regional Security and Defence watch. Ethiopia is reorganizing its Federal army structure, reducing the number of commands from six to four while also working to reestablish its once glorious navy to help the Horn of African nations.

A recent purge in the Federal forces  was meant to balance the ethnic representation in the top leadership of the army that was overwhelmingly dominated by the Tigray People’s Liberation Front (TPLF), who also had control over political power (EPRDF) and intelligence.

The Office of Ethiopian Prime Minister says it has moved troops away from the border with Eritrean border saying there is no more threat from Eritrea (the former foe).

The new Ethiopian chief of the western command, Major General Asrat Denero said they had confidence in the peace between Ethiopia and Eritrea, as the both leadership, governments and peoples had shown commitment to peaceful region of the Horn of Africa.

“There is no point keeping our soldiers at the border with Eritrea,” and “it had also become necessary to relocate them to other locations,” Maj. Ge. Denero said.

Update: Eritrea and Ethiopia fought trench style border war in 1998-2000 that claimed as many as 70,000 lives and had a great political and military impact in Djibouti and Somalia.