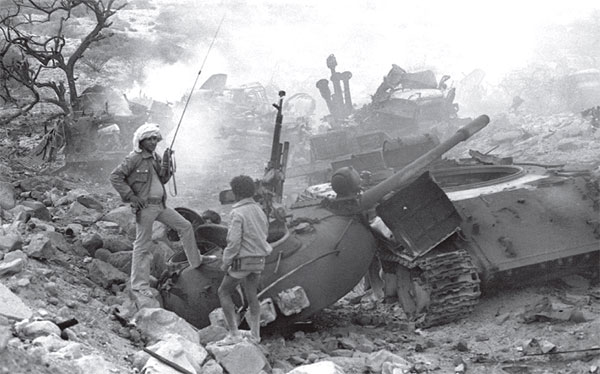 The history of Eritrea is a history of struggle against colonial subjugation and following independence, safeguarding the hard-won sovereignty. The month of March takes a center stage in this course of history because it is marked by significant events.

The symbol of perseverance and resilience of the Eritrean people, the town of Nakfa, was liberated on Mar 22nd, 1977. Nakfa was the only town, once liberated by the Eritrean liberation fighters, the Ethiopian army couldn’t recapture. In the hard times of our struggle, Nakfa proved to be the reliable sanctuary of Eritrean fighters. The Ethiopian army tried many deadly battles to regain Nakfa saying “Nakfa or death” to no victory. Nakfa saved the symbolic and material aspect of the Eritrean struggle for independence. The liberation of Nakfa lifted the morale of the Eritrean people and gave hope that independence could one day be achieved. In recognition of its paramount importance during the struggle for independence, Eritrea named its currency Nakfa. This operation paved the way for the subsequent libation of other decisive places between 1977 and 1988.

In March 1984, our gallant freedom fighters, after positioning in the trenches of Nakfa, North Eastern fronts of Sahel and Barka for five years, destroyed the so-called “Wuqaw Command” (Hit Hard in Amharic) in a matter of two days. This command stretched in a 100 km long front. This operation enabled the EPLF to change its tactics from a defense to an attacking capability. In the four years of standoff that followed the demise of the Wuqaw Command, the EPLF was engaged in weakening the Ethiopian army at the fronts and finally shifted to an attacking position.

In the days between 17 and 19 March 1988, one of the strongest commands of the Dergue regime was destroyed and the town of Af’abet was liberated. The victory was so significant it shifted the balance of power in favor of the Eritrean People’s Liberation Front (EPLF) and the Dergue regime was shaken.

Following the strategic withdrawal, the Dergue launched eight massive offensives against the struggle for Eritrea’s independence and all were foiled. In its attempt to defeat the EPLF, the Dergue regime formed army bases and trenches around Sahel. One of its strongest commands was the Nadew command, stationed in and around Af’abet.

Against all odds, exactly 33 years ago, the struggle for independence reached its turning point by decisively winning the battle of Af’abet. The command, with around 20,000 troops, had the strongest army in the history of Ethiopia, the best mechanized unit (consisting of 10 infantry battalions, 60 BM 21 rocket launchers and 130 mm and 122 mm mortar launchers) that stretched along a trench that was 90 Km long and 13 foreign military advisers. At that time, Af’abet was the headquarters of the biggest Ethiopian army in northeastern Eritrea.

The brilliantly planned and efficiently executed operation by the EPLF began on 17th March with an attack against the 14th Division. EPLF fighters launched a massive and well-coordinated offensive on three flanks, instantly destroying the command post of the front lines.

EPLF fighters took the enemy by surprise and smashed the first line of trenches, extended for over 90 km cornering the Ethiopian army back toward the second and third lines of defense. The army stationed in this area and engaged in a war of attrition with the EPLF for nine years didn’t expect that they would be destroyed in such a stunning speed under heavy pressure with enormous human and material loss.
While the operation was going as planned, commanders of the Ethiopian army made a fateful decision to pull their 29th mechanized unit back and make a strategic withdrawal to their garrison in Af’abet, hoping that fresh supplies, reinforcements, and their big guns would be waiting there for them. In their estimation, all they needed to do was make it past Adi Shirum, a narrow passage and only gateway to Afabet.

According to historians and authors who have written about the Battle of Af’abet, a convoy of some 70 plus Ethiopian tanks, armored divisions including mechanized brigades and ammunition raced with the EPLF’s mechanized division to Adi Shirum. There was no way for the Ethiopian military convoy to pass once the first truck was hit. Victory became inevitable for the EPLF.

Unfortunately, once news reached the Ethiopian Army Headquarters that the EPLF was about to claim a huge victory, Ethiopian generals decided to destroy what was left of their armaments, including their troops, so that they don’t fall into the hands of the EPLF. The Ethiopian Air force bombed its own men for hours because it couldn’t separate them from their equipment. The flames were rising high and in the trucks, the ammunition and missiles kept exploding. Black smoke was everywhere. Many described the March 1988 battlefield in Af’abet as an “inferno” from a biblical scene.

Having been the base for Ethiopian strongest army since 1979, Afabet was liberated on 19th March 1988. The Dergue lost one of its experienced and war-hardened army. In this Operation, 50 tanks, 100 trucks and a large number of light and heavy weaponry was captured. The EPLF acquired 130 mm mortars and BM-21 rocket launchers.

The victory at the battle of Af’abet was a game-changer and opened a new chapter in the armed struggle and independence was on the horizon. Although it took another three years until they were totally wiped out of Eritrea, it became clear for the Ethiopian regime that their stay in Eritrea would be short. The armaments that were seized at the battle of Af’abet would later enable the EPLF to stage an attack on the port city of Massawa. Two years later, the EPLF launched the famous operation Fenkil to liberate the port city of Massawa in the biggest tank battle Africa has ever seen. 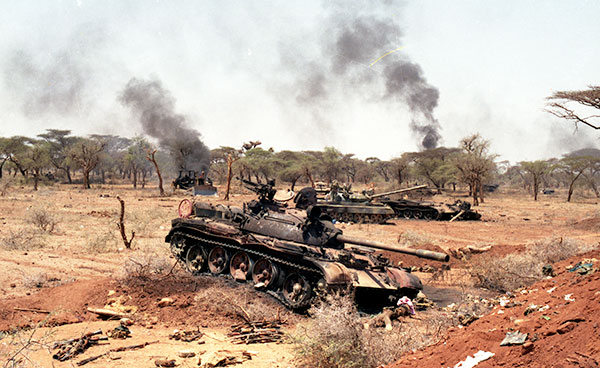 After independence, the month of March witnessed other historic events during the TPLF led Ethiopia’s invasion of Eritrean sovereign territory in 1999. The Eritrean youth that succeeded the freedom fighters once more gained command of Egri Mekel with unmatched heroic acts in the battle waged on March 14 through 16, 1999, in a bid to safeguarding Eritrea’s sovereignty. The Battle of Egri Mekel, where more than ten infantry divisions and hundreds of tanks took part, demonstrated TPLF’s World War I-like uncivilized military tactic in which enemy troops were driven into the narrow combat zone as cannon fodder. Appalling to the entire world, the end result that came to light when all divisions were crushed and the heavy firepower came to a halt was the calamity of the TPLF’s human wave and combat arms.

In all of these mentioned battles and the long war fought in Eritrea in general, the people of Eritrea and Ethiopia lost an enormous amount of human and capital resources and missed unimaginable opportunities. The people of Eritrea and Ethiopia do not have a reason to fight such bloody wars. They possess values that enable them to live peacefully. The main causes for all these conflicts emanates from externally induced policies of the long held belief that “Eritrea doesn’t serve the West’s interests” which was tried time and again with successive Ethiopian regimes. This strategy cost a lot to the Eritrean peoples and has failed.

Even after Eritrea and Ethiopia formally ended the state of war in 2018 after these difficult experiences, those who saw peace and stability in this region as a threat to their interests have been trying to thwart the hard won peace of these brotherly peoples. This was proven by the attempts to resurrect the now defunct TPLF regime by different actors under different guises and through overt actions.

To conclude, when we remember such heroic events, it is not for the sake of glorification, but to remind the people of these two countries to learn from past mistakes and by leaving behind the last 80 years of zero-sum game, work for development based on cooperation and peaceful co-existence for mutual benefit.