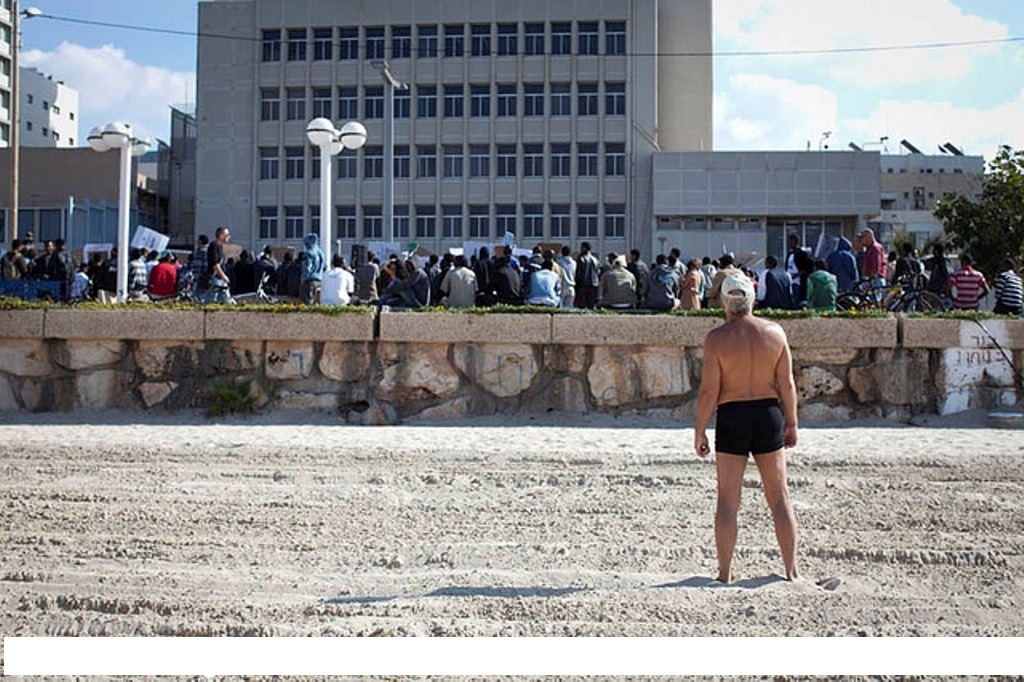 Khartoum (HAN) June 21, 2014 – Eritrea is in 10th place of the Source Countries for Refugees, accounting for 308,000 refugees. According to VOA, the United Nations Refugee Agency (UNHCR) says Somalia was among the world’s top three source countries for refugees last year. Photo: Eritrean refugees protest in front of the USA embassy, Tel Aviv .

In a Friday report marking World Refugee Day, the agency said Afghanistan, Syria and Somalia together accounted for more than half of the world’s 16.7 million refugees in 2013.

It said many of the 1.1 million Somalis who left the country sought refuge from conflict, drought and famine in neighboring Kenya and Ethiopia.

Sudan and the Democratic Republic of Congo also have relatively high rankings on the agency’s top 10 list of source countries, together accounting for more than a million refugees. People from both countries have been dealing with the impact of conflict.

International media has reported over 4,000 Eritreans leaving the red sea nation every month as an “exodus” that could nearly wipeout most people out the country. However President Isaias told Eritrean tv that such reports are exaggerated. He mockingly suggested that even if such report is true, they are “not that bad” report since the exodus could “help raise our per capita income.”

President Isaias claimed that some “selfish” Eritreans are being attracted and lured by a better life in Europe and America, but they are not leaving because of oppression in his country. “If their excuse is really oppression in Eritrea, why don’t they stop and live in Sudan, Ethiopia or Kenya? But they continue their journey to Israel or Europe and America.” He said most Eritrean refugees are economic migrants, not victims of oppression or human rights abuse.

In a statement, U.N. High Commissioner for Refugees Antonio Guterres said that “peace is today dangerously in deficit.”

He also said the international community needs to overcome its differences and find solutions to the conflicts in “South Sudan, Syria, Central African Republic and elsewhere.”

The refugee agency says overall, more than 50 million people were forcibly displaced last year, an increase of about six million from the previous year.