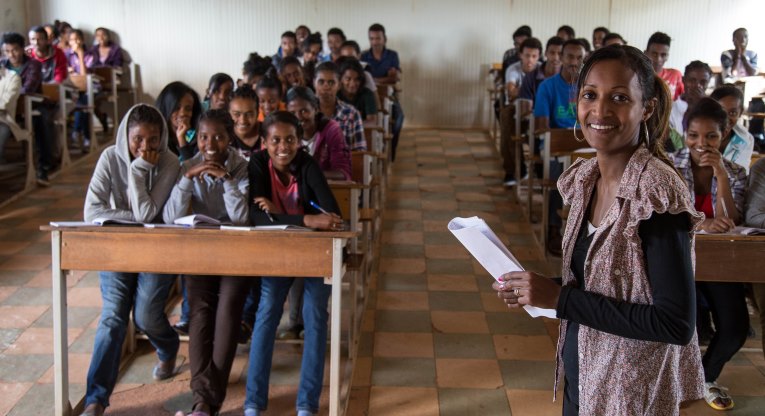 Keren (HAN) October 16, 2015. Public Diplomacy and Regional Security Initiatives New – Female enrollment in all levels of education has increased by 50% in the recent period in the Anseba Region. Mr. Hagos Adhana, Head of the Education Ministry Branch in the region, stated that increased female participation has occurred in all the urban centers in the Region and especially in the cities and towns of Keren, Adi-Tekelezan, Elaberid, Hagaz as well as Hamelmalo.  There are 146 Elementary, 65 Junior, 88 Kindergarten, 18 Secondary schools and 246 adult literacy centers in the Anseba Region.  Shabit