Home Eritrea Eritrea: Ghebreslassie Looking to Prove he’s no ‘Flash in the Pan’ in... 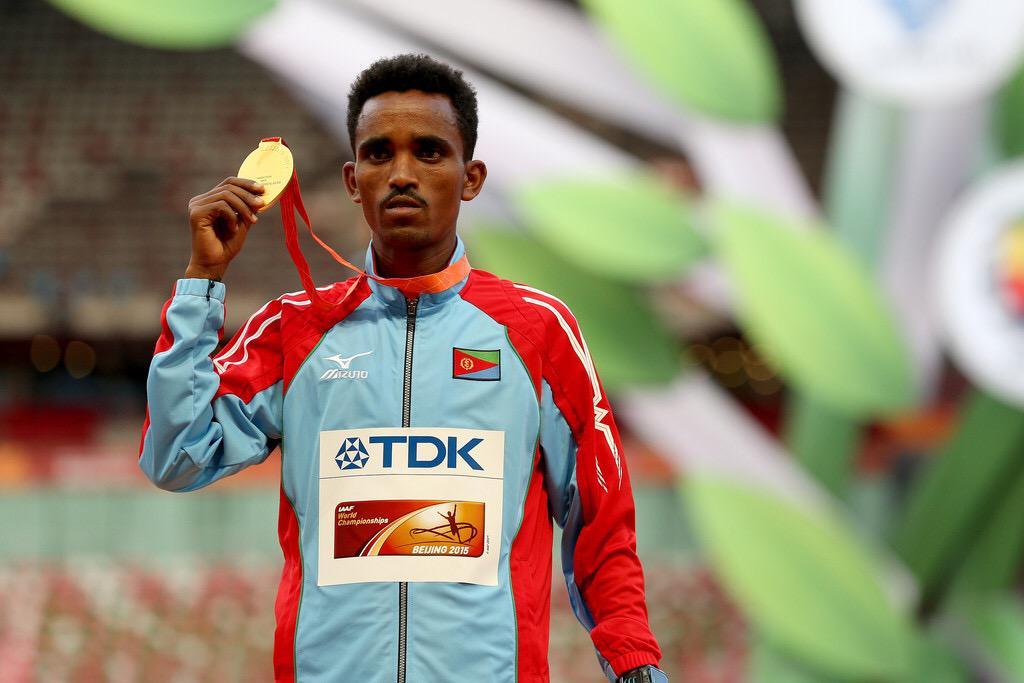 ASMARA (HAN) February 3, 2016 – Public Diplomacy and Regional Stability Initiatives News. Eritrea’s world marathon champion Ghirmay Ghebreslassie will try to take his personal best for the half marathon under one hour at the eDreams Mitja Marató de Barcelona on Sunday 14 February.

Organisers for the IAAF Bronze Label Road Race in the Catalan city announced the participation of the 20-year-old Eritrean, one of the most surprising winners of a title at the World Championships in the Chinese capital last August, on Tuesday (2).

“I want to show the world that my victory at the world championships was no flash in the pan,” said Ghebreslassie.

Barcelona will be Ghebreslassie’s first race since his triumph in Beijing.

“I have heard lots of very good things of the eDreams Half Marathon ​​and, of course, I am aware that Kiplagat twice got the world record here. I am very happy because I will come to Barcelona with my training partner Merhawi Kesete, so my goal is the podium and get my personal best at this distance.”

Ghebreslassie has a personal best of 1:00:09, actually clocked three years ago when he was incredibly just 17 and which is one of the fastest times over the distance ever run by a teenager.

A large group of European athletes, led by Italy’s European marathon champion Daniele Meuccci, will be using the race as a part of their preparations for the IAAF/Cardiff University World Half Marathon Championships Cardiff 2016 on Saturday 26 March.

In addition to Meucci, who has a half marathon best of 1:01:06, the European contingent also includes Italy’s Simone Gariboldi, Sweden’s Mustafa Mohamed and the French pair of Nicolas Navarro and Dejamel Bachiri.