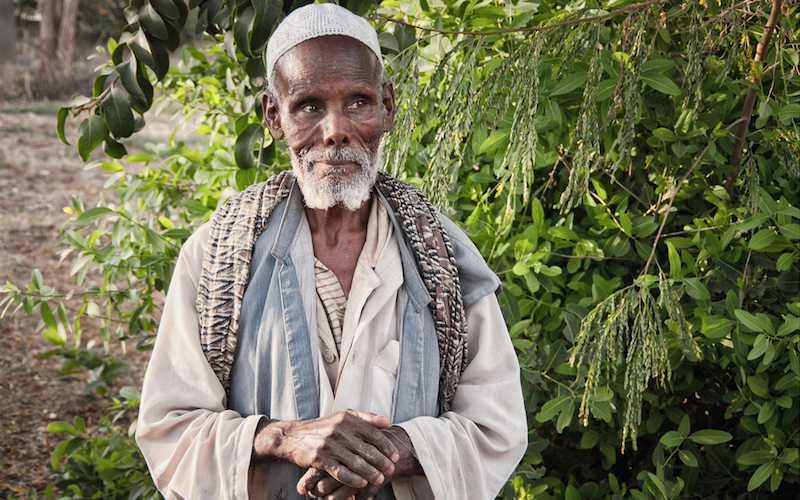 Share on Facebook
Tweet on Twitter
NAIROBI (HAN) June 7.2016. Public Diplomacy & Regional Security News.BY: Justin L. Wilson. Ambassador Herman J. Cohen (Ret.) served in the U.S. Foreign Service for 38 years and has dedicated his entire professional career to African affairs. During his tenure as Assistant Secretary of State for African Affairs during the first Bush Administration, and through his role at the NSC in the Reagan White House, Cohen worked to bring about peaceful transitions of power in South Africa and Namibia, and helped to end conflicts in Angola, Ethiopia, and Mozambique. Over the years, Cohen grew to know every first-generation African leader – from Mandela, to Mobutu, to Moammar Gaddafi.

Last week marked the 25th anniversary, or “Silver Jubilee,” since the East Africa nation Eritrea gained independence from Ethiopia in a conflict that lasted three decades. Ambassador Cohen worked closely with leaders of both nations and in 1991 brokered a peace accord that was to establish a framework for future mutual progress. International Policy Digest interviewed Amb. Cohen to learn his thoughts and insights on Eritrea’s recent history and path forward.

For most African nations, gaining sovereignty has meant ongoing hardship and conflict, although there was a time when both Ethiopia and Eritrea seemed to have a viable future ahead. Is it surprising to you that we find Eritrea and Ethiopia in the economic situation they are in? How would you describe their Cold War today?

I am both surprised and disappointed. Until the stupid and unnecessary war broke out in 1998, the two nations were benefitting from a virtual common economic union. While they were separate sovereign nations, they shared the port of Aseb and enjoyed free trade. After the war was over, it has been impossible to reconcile the two and return to normal relations.

My experience over the past two years is that Eritrea is ready to normalize as soon as various arbitration decisions are implemented, especially about the common border delineation. It appears to me that the Ethiopian government is currently not interested in normalization, especially with respect to the implementation of arbitration decisions. This may be due to the fact that the Ethiopian people have never approved of Eritrea becoming an independent country.

What can the U.S. and multilateral organizations do to improve the relations between the two nations?

The U.S. and the international community have been encouraging normalization between Eritrea and Ethiopia, but to no avail. The so-called “Cold War” between the two nations apparently is favored by both sides for their own internal political reasons.

Is there anything the international community can do to help open the ports to food aid or otherwise assist with the drought and famine that the region faces?

U.S. and multilaterals need to play a more forceful role in order to do whatever is necessary to bring help to badly undernourished people, especially those in the northern region of Ethiopia. For this region, the closest port is Asab in Eritrea. Right now, the only port being used to bring in famine relief is Djibouti via a long railway. That port is overcrowded, with long waiting periods for ships to unload. Use of the Eritrean port of Asab would alleviate some of the pressure. I know that the Eritreans would agree to open their port if asked. It is clearly the Ethiopians who do not want to ask, regardless of the negative impact on their people.

After the 1991 peace accord that you brokered, were there steps that in retrospect should have been laid out as a roadmap to strong independent nations?

During the London conference of 1991, the two leaders, Meles Zenawai of Ethiopia and Asayas Afwerki of Eritrea, agreed to separate as sovereign nations but to maintain close economic ties. Everything was going well to the benefit of both nations until Zenawi decided to teach Eritrea a lesson with a major military assault in 1998. Both nations are less well off in different ways as a result. It is hard to make sense of it for those of us looking from the outside.

Were there steps that the international community could have taken over the years to ease the tension between Eritrea and Ethiopia?

The U.S. relationship with Ethiopia has been dominated by the need to fight the ISIS surrogate in Somalia, al-Shebab. The Ethiopian military has been in the forefront of the African Union’s effort to destroy the al-Shebab menace. As a result, the U.S. has not emphasized any other subjects such as human rights and the relationship with Eritrea. U.S. relations with Eritrea are essentially non-existent because it was the U.S. that proposed UN Security Council sanctions against Eritrea due to alleged assistance to al-Shebab. At the present time, the U.S. refuses to allow the Security Council to lift sanctions against Eritrea despite the fact that there is every indication that Eritrea has absolutely no contact with al-Shebab, much less provide any sort of assistance to them.

However, I believe the U.S. will increase its effort to bring about better relations between Ethiopia and Eritrea for two reasons. First, improved economic relations will help diminish the outflow of young Eritreans who are joining the refugees pouring into Europe from the Middle East. The people from Syria and Iraq are political refugees escaping war. The Eritrean refugees are economic travelers looking for job. Secondly, Eritrea is in a very significant geographic location with regard to instability across the Red Sea in Yemen. Right now, naval ships from the United Arab Emirates are using the Eritrean port of Asab as a base from which to carry out acts of war in Yemen. The U.S. should have a place from which to view these activities. But because of our bad relationship with Eritrea, we are not able to take advantage of Eritrea’s geography.

Thanks so much for taking the time to participate in this enlightening conversation on the state of affairs in Eritrea and the region.

Thank you for the opportunity to shed light on what has thus far been a rarely-discussed international issue.