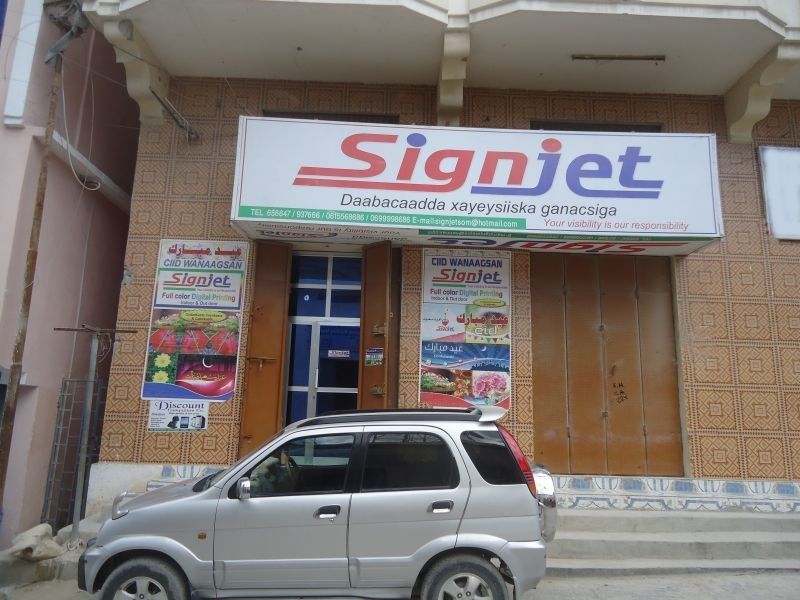 The business community in Somalia is reaping a windfall of profits from the ongoing electoral process with hotels booked to capacity, printing companies flooded with orders and travel agencies barely coping with the soaring demand for air tickets and vehicles.

Also benefiting from the process are small-scale business people, farmers and livestock owners, who now boast of booming markets for their merchandise, crops and domesticated animals.

Signjet, one of the leading printers in Somalia, reported a spike in business that prompted the hiring of more staff and the purchase of extra material and even vehicles to meet the demands of their clients.

“The election did not just impact the printing sector,” he noted. “It influenced the whole country, the whole business sector including hotels, restaurants, transport and even printing. A lot of people came for elections or were part of the process.”

Down the road in the heart of the city, the story is the same. Daruro Logistics and Travel Agency public relations officer Mohamed Abdullahi Ali says the firm has been overwhelmed by the demand for air tickets to fly to various regions of the country.

The agency responded by increasing the frequency of flights from Mogadishu to Baidoa and Kismaayo, where voting was held for over 100 seats in the House of the People.

“All our flights were full. We increased flights to Kismaayo and Baidoa, which used to have five flights in a week. Now we have daily flights, sometimes we even do three to five flights every day to meet the demand,” said Mr. Ali.

The electoral process boosted the economy not only in Mogadishu, but also in other parts of the country. For companies in Jubbaland, which was the first state to conclude balloting for its seats in the House of the People in November, the electoral process has been a godsend.

Among the hotel’s newly hired staff members is Abdullahi Rasulow.

“I was a handcart operator but now I have a better job as a gardener at the Kismayo Hotel”, Mr. Rasulow noted.

Small-scale business people have also experienced a rise in sales.

“Previously, my business of serving food in this roadside canteen used to fluctuate because customers were not reliable. However, since the arrival of delegates and government officials, business has been booming,” observes Baidoa food vendor Faduma Mohamed Yare.

The electoral process in Somalia started in the Galmudug state capital of Cadaado on 15 October with voting in regional assemblies for 54 seats in the Upper House. The election of 275 members of the House of the People kicked off in the Puntland capital of Garowe on 5 November.

Voting has been completed in South West and Jubbaland states, with seats still remaining to be decided for Somaliland, the states of Puntland, Galmudug and HirShabelle, and the Banaadir region as of 8 December.