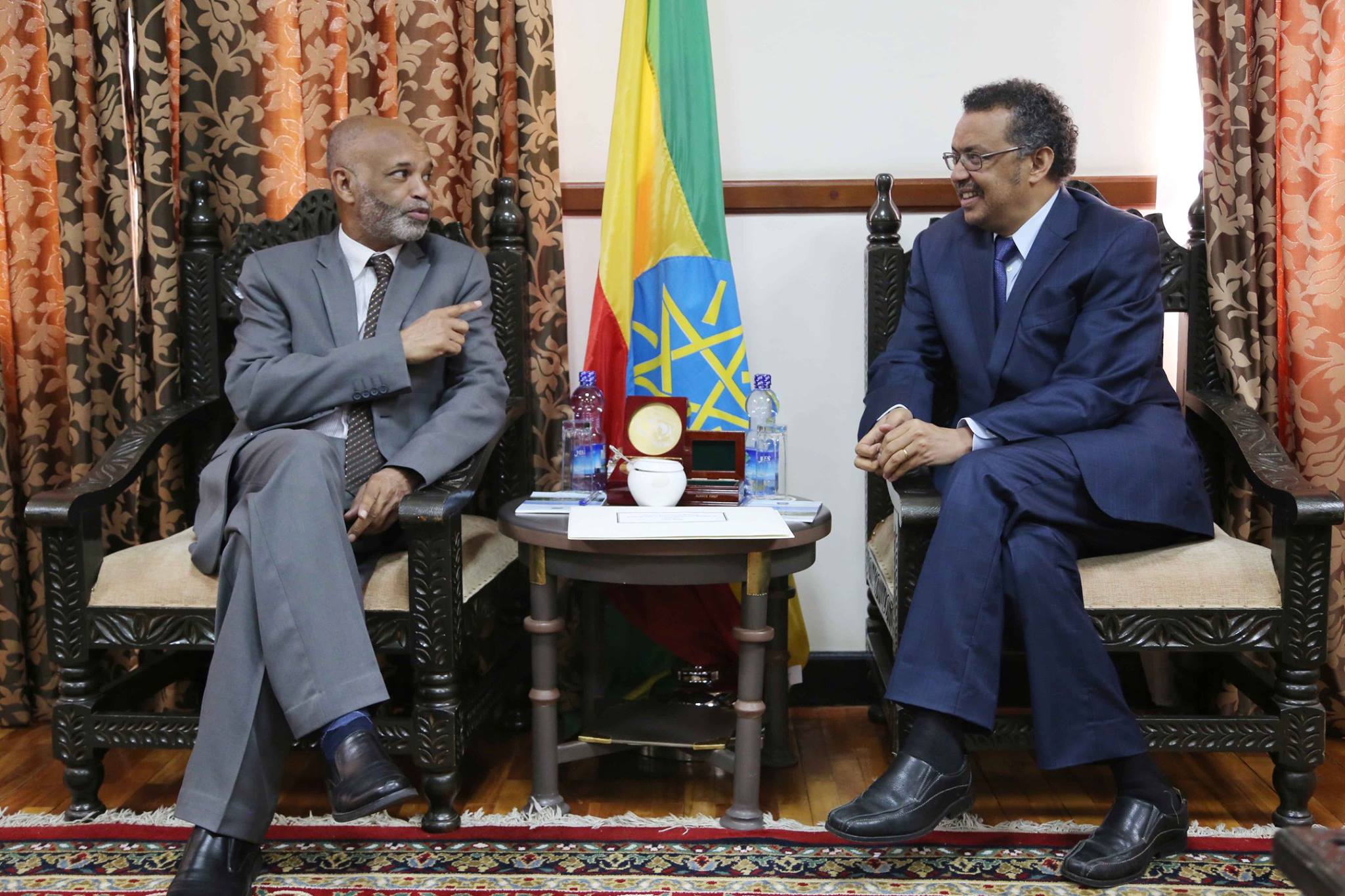 The State Minister also forwarded an official message from the Government of the Republic of Sudan and personally congratulated the Government of Ethiopia on its election as a non-permanent member of the United Nations Security Council. The state minister noted that “Ethiopia’s membership to the United Nations Security Council is important to not only Sudan but also the whole of Africa “.  Extending his gratitude to the Republic of Sudan and the whole of Africa for the support they displayed at the UNSC elections, Dr. Tedros noted that the Ethio-Sudan relation is showing advances in political economic, social and cultural frontiers. The Minister particularly noted the boost in the trade volume and investment flow between Ethiopia and the Republic of Sudan. Dr. Tedros further expressed his hopes that the upcoming High-level Joint Commission meeting would further strengthen the bilateral ties.