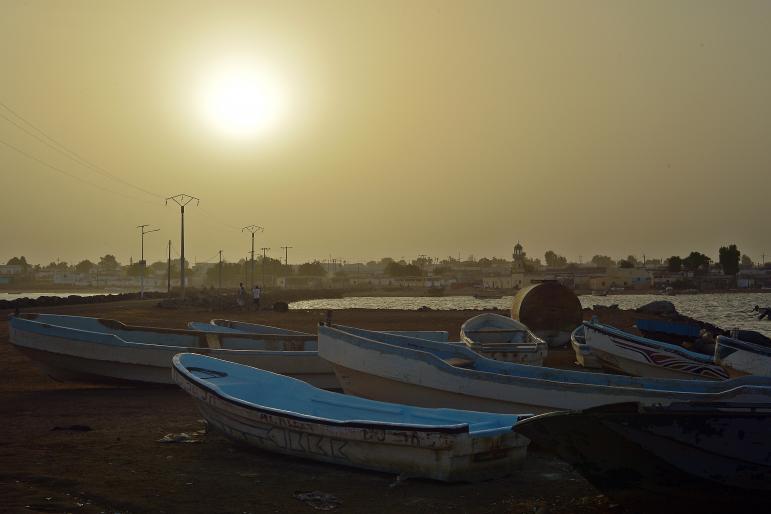 DJIBOUTI (HAN) February 4, 2016 – Public Diplomacy and Regional Stability Initiatives News. By: Morgan Winsor. Some 4,800 miles from Beijing, China is expected soon to start construction of its newest naval base in Djibouti, a tiny African nation where the mouth of the Red Sea meets the vast Indian Ocean. The permanent facility will be China’s first overseas military outpost, granting Beijing access to the Arabian Peninsula and projecting force near its investments in sub-Saharan Africa.

But China won’t be the only one benefiting from this arrangement. For Djibouti, the Chinese naval base will raise its caliber as a global player in shipping and will secure its lucrative relationship with the world’s second-largest economy. It may also spur infrastructure development and create jobs for impoverished locals.

Djibouti, the former colony of French Somaliland, is strategically located at the Bab el Mandeb Strait, connecting the Suez Canal and the Red Sea with the Gulf of Aden. The small country, which has a population of less than 900,000 people, has long been considered an example of stability in a restive region. With its proximity to volatile areas in Africa and the Middle East, Djibouti is a prime location for the world’s military superpowers and plays a critical role in international efforts to fight piracy in the region. It’s already home to U.S., French and Japanese military bases.

In November, China unveiled plans for its own naval base in Djibouti in the small northern port town of Obock. Both countries have said the project will be a logistics and resupply center for Chinese ships fighting piracy in the region.

“The Chinese government has decided to move to this area,” Djibouti’s President Ismail Omar Guellah told Reuters over the weekend. “They are now studying and they will, I guess, start soon.”

China will save money by building a base versus its current, temporary arrangements, which allow for docking ships at ports in the East African nation. But most importantly, the naval base will enhance Chinese influence over global trade, while shielding crucial routes between the Indian Ocean and the South China Sea. Beijing is thirsty for crude oil and it disproportionately relies on imports from the Middle East. About 39 percent of Chinese oil imports pass through the Indian Ocean on their way from the Middle East.

Through Djibouti, China will also increase its economic foothold in sub-Saharan Africa. Since announcing its plans for the naval base in Obock, Beijing has signed other agreements with Djibouti to build a free trade zone and to establish a legal framework to allow Chinese banks to operate in the Horn of Africa country. The first phase is set to open before the end of the year.

“The Chinese investment is not just in the naval base,” said Jennifer Brass, an assistant professor of public and environmental affairs at Indiana University in Bloomington who has conducted extensive research in Djibouti. “China is trying to protect all of its investments in sub-Saharan Africa and to be closer to the region.”

Beijing has quickly climbed to the top of Djibouti’s trading roster in recent years, and the East African nation, which is scarce in natural resources, increasingly relies on China for many of its imports. Djibouti has also received at least $16.6 million in development finance from Beijing since the first Forum on China-Africa Cooperation in 2000. This has included food aid, as well as funding to build hospitals and government buildings, according to a report from the Center for Global Development, a Washington think tank.

Djibouti is aiming for investments worth $12.4 billion between 2015 and 2020, with its sights set on expanding its port facilities and building new airports to handle more cargo and tourists. China is providing the bulk of the financing with nonconcessional loans, and the investment has helped push Djibouti’s economic growth to 6 percent or more a year. But the International Monetary Fund has warned that high nonconcessional borrowing is also driving Djibouti’s public and publicly guaranteed debt to a peak of 80 percent of gross domestic product in 2017, up from 60.5 percent in 2014.

The Chinese naval base might provide Djibouti with an opportunity to cut debt and invest in human capital to alleviate rampant poverty, which is hindering development. The two nations have signed an initial 10-year lease for the base, with China paying $100 million per year in rent. Djibouti’s president could earmark that money to build new roads, improve sanitation facilities and overhaul the education system, which was initially designed for elites and borrowed heavily from the country’s former colonial ruler, France. Some 23 percent of Djibouti’s population lives in extreme poverty, and this is exacerbated by poor education and health.

“Guellah does a very good job of bringing money into the country,” Brass said. “But the main thing the Djiboutian government needs to do is really take advantage of all this to invest in education and in infrastructure for the people.”

The new naval base could also provide hundreds of jobs if China decides to recruit locally. The facility will house some 10,000 Chinese troops and will need to hire employees for nonessential tasks. The base’s construction will further support nearby communities with much-needed infrastructure development, and it could spur local businesses in country where more than half of the working-age population is unemployed.

Beijing is also building a $4 billion railway line linking Djibouti with its landlocked neighbor Ethiopia, one of the world’s fast-growing economies with almost 90 percent of its imports going through Djibouti. The project will allow Ethiopia a link to the sea and Djibouti access to the country’s emerging market of 95 million people, as well as further solidify its position as a gateway to key African and Middle East markets.