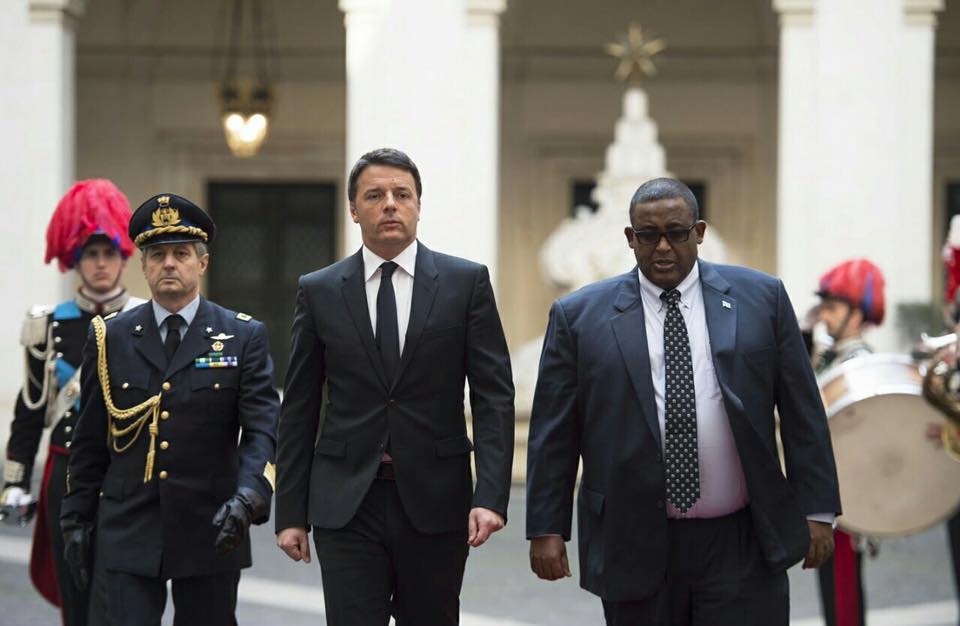 Djibouti (HAN)March 16. 2016. Public Diplomacy & Regional Security News. New Regional Security Threats against sea supplylines. . Regional spillover effects of the Al-Shabaab militants in Puntland regional state can empower piracy business in Puntland zones..  According to SIRAD Institute observation, “The tactics of Al-shabaab insurgency in Somalia has already produced tremendous ripple effects internationally, and they will only widen over time in the region.”

The Islamist-militant fighters approached the camp after midnight on Wednesday before being identified by a Kenya Defence Forces patrol, who engaged them in a “fierce battle,” the ministry said in a statement e-mailed from the capital, Nairobi. Weapons including 10 AK-47 rifles and three rocket-propelled grenades were recovered in the fighting, it said.

New Threat Alert: Al-Shabaab’s New Tactics is to escape pressure from SNA & NISA operations or attacks against Al-Shabaab bases… Regional Spillover Effects of the Al-Shabaab militants can empower piracy business in Puntland zones..  According to SIRAD Institute observation, “The tactics of Al-shabaab insurgency in Somalia has already produced tremendous ripple effects internationally, and they will only widen over time in the region.”

Intelligence received from residents in central regions say heavily armed suspected Al-Shabab militants have arrived at their coastal villages (Puntland Zones). The militants were making military movements around Harardhere town. The intelligence reports reports came before the telecommunications of the town were completely cut off most of NUGAL area.  The militants were travelling on three boats that entered Gara’ad village, 280 kilometers North East of Galkayo, the provincial capital of Mudug region of Central Somalia.  “Travelling with three boats, they entered the village from the sea. They exchanged fire with local militias, and we do not know their aim,” said one resident.

The latest sign of a resurgence: Al-Shabaab fighters had moved north to the Puntland region, beyond AMISOM’s area of operation. In recent weeks, al Shabaab has also retaken smaller towns and launched deadly attacks against Puntland forces in the mountains.

Djibouti: New Regional Security Threats – The Puntland coast lies near Yemen
Al-Shabaab militants briefly held a small port towns in Puntland. Al Shabaab also controls Haradhere, another port town in Puntland. Residents said that a curfew was imposed on that town on Sunday night that was followed by unusually active movement in the port, fuelling talk that al Shabaab was importing weapons and possibly fighters from abroad.

The Puntland coast lies near Yemen and Djibouti, where conflict is raging and al Qaeda is active. Al Shabaab is aligned to al Qaeda.

A Soldier from Nothern Somalia (Somaliland) coastguard was killed and two others wounded after a gunbattle with Djiboutian naval petrol boats on Monday off the Indian Ocean, officials said.

It was not clear if the foreign fishing vessels briefly venture past Djibouti’s maritime border before coming under attack by Djiboutian forces.

Update:  Somaliland informed Djibouti that,  the foreign fishing vessels have been operating in Somaliland’s territorial waters in recent weeks with permits issued by Somaliland government which sanctioned their fishing activities (Egyptian Flag).

Ethiopia and Egyptian Diplomacy:  The Grand Imam of Al-Azhar, Sheikh Ahmed Al-Tayeb, told the German Parliament (addressing topics of interfaith dialogue and combating terrorism) on Tuesday that Christianity was the first to provide sanctuary to Islam, saying that without it the religion would have been eradicated at its inception.

A bomb destroyed a bus carrying government workers to the city of Peshawar on Wednesday, killing at least 13 people and leaving 53 others injured. The police said the attacker boarded the bus just long enough to place the explosives. “Someone got onto the bus, left the baggage and got off,” said Mubarak Zeb Khan, the capital city police chief. The head of the police bomb disposal squad Shafqat Malik, said the bomb was planted under a seat in the middle of the bus, just behind the driver.