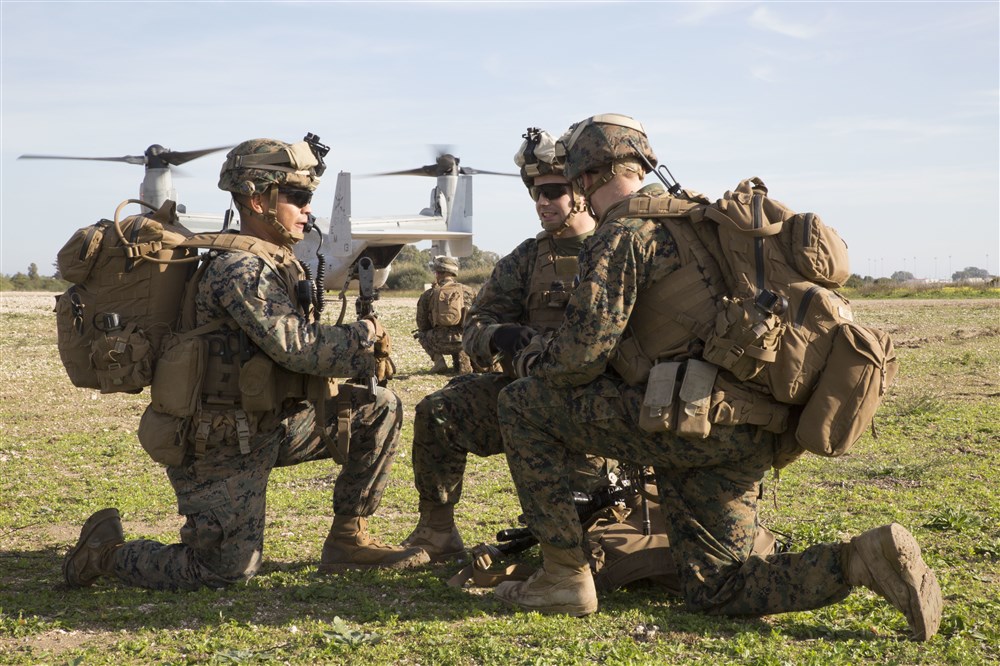 “The mission today was to conduct [rapid-response support] for a task-force element with simulated casualties from a car accident during their missions down on the continent [of Africa],” said 1st Lt. Joseph Jansen, platoon commander for 4th Platoon, Bravo Company, SPMAGTF-CR-AF. “This drill was in preparation for us to assume command of the [crisis response mission]. It allows us to respond to contingency operations within [the region] as directed by [U.S. Africa Command] and the SPMAGTF here in Morón, Spain.”

SPMAGTF-CR-AF is entering its next rotation as 8th Marine Regiment with supporting units from Marine Medium Tiltrotor Squadron 263, and 1st Battalion, 8th Marines transition to Europe to assume the ongoing mission.

During an alert drill, the Marines have six hours to respond to a variety of different missions, whether an embassy reinforcement, a quick-response force or a tactical recovery of aircraft and personnel, explained Sgt. Richard Sauceda Jr., a squad leader with Bravo Company, SPMAGTF-CR-AF.

“As a squad leader, my responsibility is to make sure each one of my Marines are well trained and physically fit,” said Sauceda. “I come up with training plans for them to better themselves as Marines and be ready for any type of mission that we have pertaining to this deployment.”

Bravo Company’s duties will rotate between the alert force, duty and training. The company will also conduct bilateral exercises with European and African forces throughout the area of operations.

“Overall, I was happy with [the exercise],” said Jansen. “This was our second [Mission Rehearsal Exercise] since we arrived here. Our first exercise was only internal to the company. This time it was with the entirety of the MAGTF, with all of the warfighting functions. With the added friction of condensed timelines, extra expectations from the MAGTF, and the rehearsals we had done earlier in the week, I think it was a great improvement from our first exercise.”