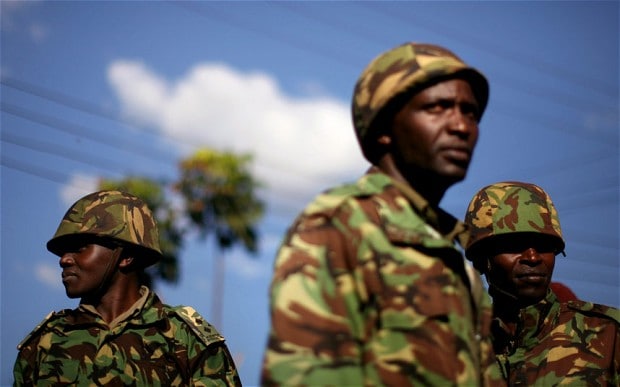 Share on Facebook
Tweet on Twitter
Djibouti (HAN) Regional  Security Briefing Weekly .
2- Ethiopia: Eight security forces killed in Benishangul Gumuz region
Eight security forces have reportedly been killed in Benishangul Gumuz region, western Ethiopia, following clashes with the local people.
3- US to spend millions on “most important military project in Africa” in impoverished Niger
The United States says it will invest $50m in building a military air base in the city of Agadez in the southern Saharan state of Niger. A spokesperson for the Pentagon told the BBC that the US had agreed to pay for a runway and “associated pavements, facilities and infrastructure”.

4- Why China and Saudi Arabia Are Building Bases in Djibouti
China and Saudi Arabia are building military bases next door to US AFRICOM in Djibout
5- Humaniterian Issues: UN relief chief to visit Djibouti, Yemen
The UN under-secretary-general for humanitarian affairs, Stephen O’Brien, is expected to visit Djibouti and Yemen on Oct. 1-4, 2016.
6- Regional Security Impact: Yemen
Al Houthi-Saleh forces unveiled a new missile they claimed was developed and built in Yemen. The missile, dubbed the “Sumud” or “Steadfastness,” has a 300 kilogram warhead and an effective range of 38 kilometers. Al Houthi-Saleh forces unveiled another purportedly Yemen-made ballistic missile, the “Borkan-1,” on September 2
7- Russian-born Swedish Official Prompts ‘Security Risk’ Worries. Did Russian ‘threat’ lead to Swedish troops on Gotland?
A Russian-born political secretary in Sweden’s anti-immigration party has caused a national sensation due to his access to state information.
Meanwhile, Sweden amps up security in Baltic Sea. This is based on a holistic perspective of our security situation, which has worsened, Defense Minister Peter Hultqvist told Swedish daily
8- International Treaty: Greek anger at Turkey border treaty remarks
Greece has reacted angrily after Turkish President Recep Tayyip Erdogan appeared to question a treaty that set borders between the two countries.