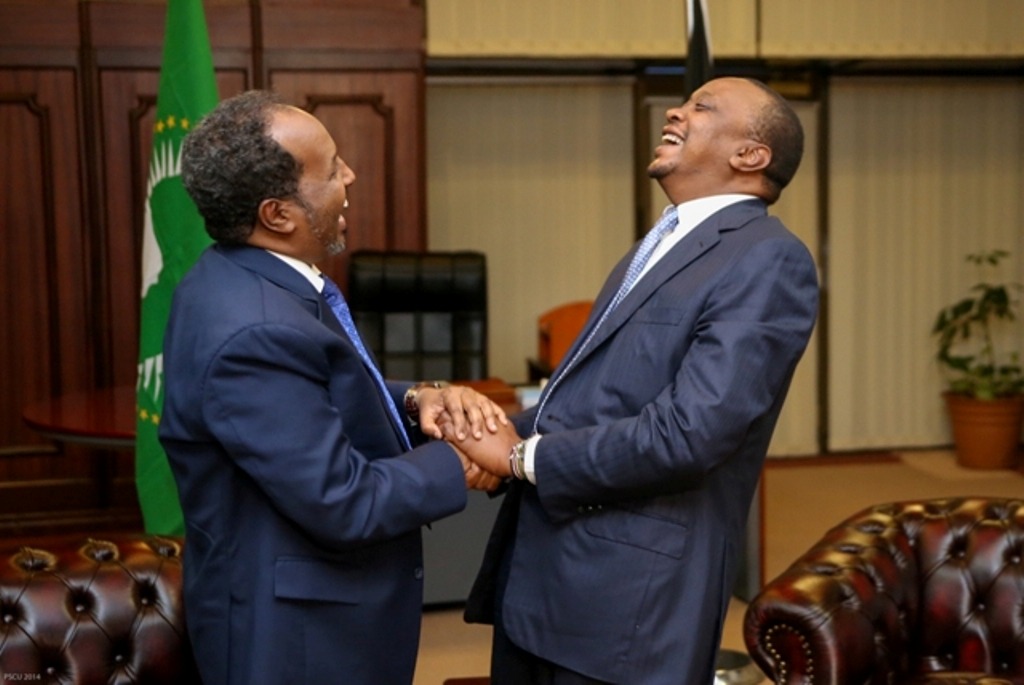 Djibouti (HAN) September 23, 2014 – Defense and National security news. The Militants audio recording says it does not matter whether the “disbeliever” is civilian or military.

“The best thing you can do is to strive to your best and kill any disbeliever, whether he be French, American, Canadian, Australian, British or from any of their allies in the region.”

ISIS has threatened several western countries, including Canada. The Canadian TV, CBC’s Catherine Cullen looks at how serious the threat is:

Canadian connection Farah Mohamed Shirdon, a Calgarian fighting overseas with the militant group Islamic State of Iraq and Syria, was seen in the video burning his Canadian passport and threatening to destroy Iraq’s oppressors.

Shirdon, who had been enrolled in the Southern Alberta Institute of Technology until at least 2012, came from a prominent and well-educated Somali family.

According to Geeska Afrika Online reporter in Mogadishu, The Somali-Canadian militant, Farah Mohamed Shirdon, a Calgarian in his early 20s, was fighting overseas with the Islamic State of Iraq and Syria.  His father’s brother, Abdi Farah Shirdon, was a former prime minister of Somalia who has survived numerous attempts on his life by Al-Shabaab militants fighting for an Islamic state in Somalia.

“Regional Security agencies have obtained information indicating that Al-Shabaab militants are planning to carry out desperate attacks against medical facilities, education centres and other government facilities,”

The ISIS statement has been denounced by Canada, Jason MacDonald, the director of communications for Prime Minister Stephen Harper, said in an e-mailed statement to QMI Agency on Monday.

“ISIS represents a threat not just to stability in the Middle East, but to global security,”

The ISIS statement said, “If you can kill a disbelieving American or European – especially the spiteful and filthy French – or an Australian, or a Canadian, or any other disbeliever from the disbelievers waging war, including the citizens of the countries that entered into a coalition against the Islamic State, then rely upon Allah, and kill him in any manner or way however it may be,” read the Islamic State statement, translated into English.

The statement said. “That is why we have taken the steps we have to provide humanitarian aid to Iraqis in the path of ISIS’ barbarous rampage, and military aid to Iraqi security forces.

Photo: Somalia’s President Hassan Sheikh Mahmoud paying President Uhuru Kenyatta a courtesy call at State House Nairobi: The Horn of Africa nations presidents offered Al-Shabaab militants a chance to lay down their arms and seize on a 45-day amnesty, telling them government troops and the African Union’s Amisom force were on the brink of overrunning their territory.