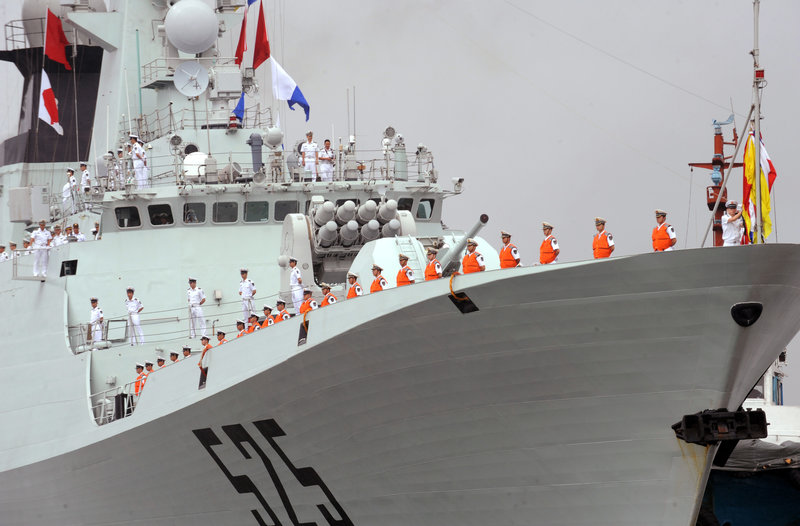 DJIBOUTI (HAN) January 25, 2016 – Public Diplomacy and Regional Stability Initiatives News. Cementing a deal that has been hinted at for months, China is moving forward to build what’s believed to be its first overseas military facility, in the Horn of Africa nation of Djibouti. The outpost is meant to bolster the Chinese navy’s efforts to prevent piracy.

At least three other countries — the U.S., France and Japan — have military bases in Djibouti, drawn to the country’s strategic location and stability. The presence of military ships from those countries and China has been credited with reducing piracy in the region.

Chinese Foreign Ministry spokesperson Hong Lei said Thursday that the new facility will give logistical support to China’s fleet that performs escort duties in the Gulf of Aden and off the Somali coast.

Those escort missions have been going on for some years now; Hong said China has “encountered real difficulties in replenishing soldiers and resupplying fuel and food, and found it really necessary to have nearby and efficient logistical support.”

He added that China and Djibouti have “reached consensus” on building the facilities, a plan that Chinese officials spoke about publicly last fall.

Earlier this week, Djibouti’s President Ismail Omar Guelleh announced his country and China had reached several economic agreements. One of those deals establishes a free trade zone; another clears the way for Chinese banks to operate in Djibouti.