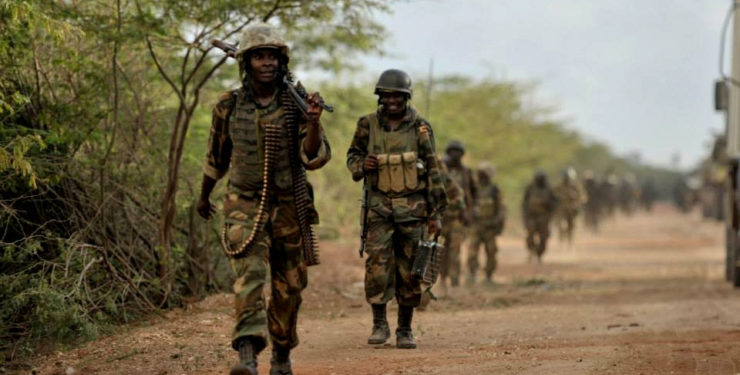 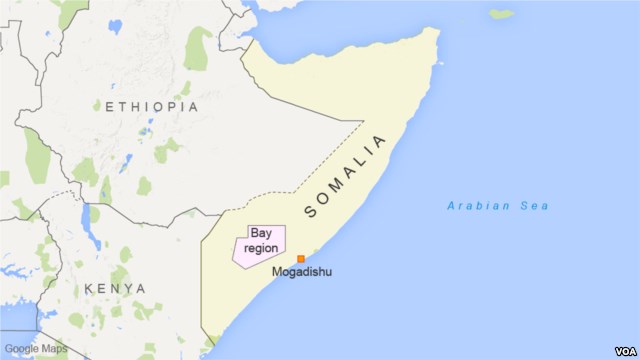 Officials in Bay region have accused the Ethiopian troops of “indiscriminate” killing after clashing with al-Shabab fighters in Wardinle village, 30 kilometers west of Baidoa town.

A Somali lawmaker, Ibrahim Isak Yarow, who visited the village Monday told VOA he counted the bodies of 13 civilians killed at the scene
while another died on the way to the hospital. He said all the victims were civilians.

“An awful tragedy has happened in Wardinle,” he said.

Yarow, a former deputy minister of security who represents the area, said he interviewed the villagers who told him Ethiopian troops passed through the village late Sunday in an apparent hunt for al-Shabab. He said the troops told the villagers they were heading toward an area they suspect al-Shabab may be hiding just three kilometers away.

He said the troops again were passing through the village on their return when they asked the villagers if they have seen any al-Shabab
fighters.

As the troops were leaving the village, they came under fire, which resulted in a firefight that lasted for 30 minutes, Yarow said.

Yarow said the villagers told him that after al-Shabab fled, the Ethiopian troops went into a house where there was a wedding ceremony,
and shot and killed civilians. He said the troops moved on to a second house where religious men were reciting the Quran over a sick, elderly
man and shot him and others.

He said all the 14 people killed were men, between 40 and 80 years of age. Yarow said one of those killed was the chief of the village, Aden
Barire, who was a relative of his.