HARGEISA (HAN) May 3. 2016. Public Diplomacy & Regional Security News. By Mohammed Dahir Ahmed. The Small and medium sized enterprises (SME) sector in Somaliland is the biggest income and employment generator for many people and the largest business sector. Small and medium sized enterprises (SME) that trade clothes, food, agricultural products, consumables, gold, beverages, fruits etc are visible in every city’s main street across the towns and cities of Somaliland. Those traders support families who may find difficult to get alternative sources of income. 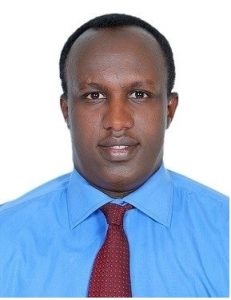 In addition, as a result of the 1990’s civil war, many families lost their bread winner (father), which in turn has forced mothers to strive for sustaining the household income.

Since female education is minimal in Somaliland, mothers turned into small business set up such as diary milk retailing, fruits and vegetables, meat, clothing, khat, small shops, where as those who have inherited some assets or have received some support from their diaspora relatives entered into gold retailing and small scale trading (Dubia-Wajale Somaliland) in turn supporting their families and close family members.

Hence, it is very clear that SMEs are the backbone of Somaliland’s economy and deserve to attain appropriate technical, financial, legal, and political support from the top.
Although the private sector in general, and specifically the SME sector plays a lion’s share in the development of Somaliland’s economy and contributes significantly to household income, it is increasingly facing many obstacles including:

1. The unavailability of entrepreneurship courses and one-stop business set up information centers, which causes new entrenprenuers making unnecessary mistakes such as starting small partnerships with oral agreements and without sufficient and adequate pre-feasibility studies, which later results the quick dissolution of the businesses.

2. The unavailability of commercial banking system and effective and efficient micro-finance institutions in Somaliland, which further puts a strain on those businesses who face shortage of liquidity and those who are inspiring to set up their own start ups.

5. Lack of sufficient commercial legal framework and commercial arbitration mechanism, this is one of the biggest obstacles in SME growth and success.

6. Lack of linkages with international and regional businesses which erodes the chance of sharing with best business practices and business opportunity identification.
7. Female entrepreneurs who are more than their male counterparts in the SME sector face the same female inherent stereotypes and cultural barriers.

8. Recently prevalent attitude among university graduates in Somaliland, who seek only to work for employers rather than taking the risk of establishing their own business start ups. This employer dependence creates for the university graduates a dismay and loss of hope since there are few employers and employment generating projects in the country.

Further this makes university youth graduates an easy prey for the terrorists such as Al Shabaab, people smugglers to European countries, and Mafia cartels such as the piracy cartel. This youth unemployment sometimes results youth turning into addictions and subsequent health hazards such as HIV Aids.

9. Lack of non-government bodies specializing in private sector development draws a picture of non-national importance to the donor and UN agencies.

12. Insufficient attention by the civil society groups, mainly the print media, radio, TV, and news websites as far as the importance of the SME sector is concerned is another hurdle facing the SMEs sector here in Somaliland.