Home frontpage Can you Encapsulate the Last Half-Century of Africa’s history in a Single... 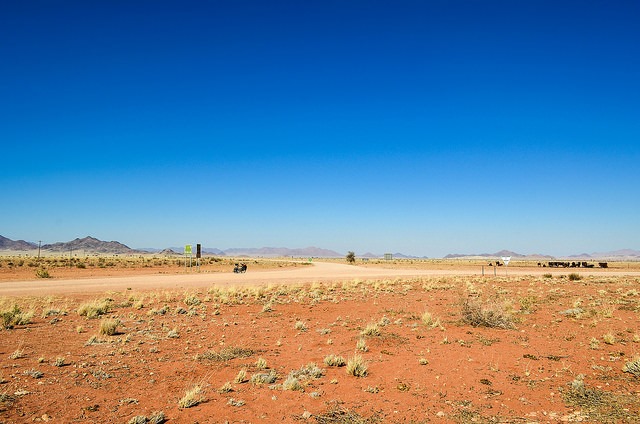 NAIROBI (HAN) January 7, 2016 – Public Diplomacy and Regional Stability Initiatives News. By: Martin Plaut. It was one of the stranger meetings I ever covered as a BBC journalist. Held about a decade ago at the Commonwealth’s headquarters in London, Marlborough House, it was a gathering of senior African diplomats to discuss one of the prickliest questions facing the continent: which nation should be offered a permanent seat on the UN Security Council.

The hours ticked by and the assembled hacks became increasingly fractious at the lack of news. Finally a Libyan diplomat burst out of the room, cursing in Arabic and English. “We will not be dictated to!” he shouted as he stormed out. Others followed, equally furious.

We tried to make sense of the outburst and were finally briefed by a cool, debonair Egyptian. The Libyans were enraged that the Nigerians were demanding the permanent UN seat and would not accept that Colonel Gaddafi was the continent’s natural leader. Ethiopia had also put forward its claim as the only country never to have been colonised. Senegal believed it should be considered too, and South Africa demanded to be heard, while Kenya and Egypt also thought they had a case. The meeting broke up in confusion. The question has never been resolved.

It is this kind of debacle that indicates why Keith Somerville shrewdly subtitled this new book “The many histories of a continent”. The forces that have bound Africa together have simply been too weak to resist the pressures which drive the continent’s nations and leaders apart.

Despite the grand visions of Pan-Africanism promoted by leaders from Kwame Nkrumah to Muammar Gaddafi, the history of post-colonial Africa has been one of nations and nationalism, with regional concerns and continental organisations only occasionally playing a significant role. The Organisation of African Unity – or its successor, the African Union – has seldom made the running. Only on the question of apartheid has there been real unity. On all other issues – from the independence struggle of Eritrea to the Rwandan genocide or the DR Congo’s many wars – there has been a sad inability to act.

Can one really encapsulate the history of the continent in the post-independence era in a single volume? Somerville, my former colleague at the BBC World Service, clearly thinks you can. It is an enormously ambitions project: after all, there isn’t even agreement on how many countries there are. Should one include Somaliland, a de-facto state, yet without official international recognition? What about the Sahrawi Arab Democratic Republic in the Western Sahara, recognised by the African Union but not the United Nations? And these are just two of the easier questions to grapple with.

So is the book a success? I can say unequivocally that it is. Somerville sets about his task with energy and skill. He has worked on the subject for more than three decades and it shows. The material is handled with a sure touch, beginning by briefly sketching the pre-colonial and colonial history before tacking independence and its consequences. It then traces the key questions that have concerned the continent since then: the early days of independence leading to disillusionment, coups and dictators; revolutions and the economic crises of the 1970s and 1980s; genocide and good governance; the new millennium, China and ‘Africa rising’.

The book ends with the author’s thoughts on just what drives Africa, and why it is unique and should not be judged according to Western norms and values. “African states may have European elements grafted on them, but they have become something genetically different,” he concludes.

The writing is clear and simple, reflecting Somerville’s background as a journalist before taking up a career in academia. This is an authoritative, accessible account of Africa’s difficult 50 years since independence written by someone who clearly has the continent’s interests at heart.

Having said that, the book does have some limitations. It is written by an English speaker, who knows East and Southern Africa well, but his grasp of West Africa and Francophone Africa is less comprehensive. Somerville also sometimes gives less credence than he might to some of the more contentious questions.

For example, he comes down on the side of those who argue that structural adjustment in the early 1980s and 1990s was an unmitigated disaster. He quotes Tanzania’s former president Julius Nyerere’s angry denunciation of the IMF, before writing that African leaders felt they had little option but to “bow to the IMF’s will”. This is correct. But the question is whether the reforms worked or not, and here he concludes that “the overall outcome of the SAPs [Structural Adjustment Programmes] was not good.” There are economists who would, and have, challenged this view, but their arguments are not really incorporated. This is a pity, since this remains an important debate.

The same can be said about another critical moment: the start of the Rwandan genocide. This was triggered by the shooting down of the Rwandan president’s plane. Somerville says that the evidence suggests it was shot down by Hutu extremists, although he accepts that this is not conclusive. I have heard convincing testimony that challenges this view: that it was President Paul Kagame who ordered the plane to be destroyed in mid-air. It is a position held by a number of experts and although the question is unlikely to ever be finally settled, these alternative views could have been given greater credence.

These are, in my view, minor blemishes. This is a book that rightly deserves to be on university reading lists. It is a sure guide to a troubled period in Africa’s recent past and there is every prospect that it will be read and absorbed by students in Africa and around the world.