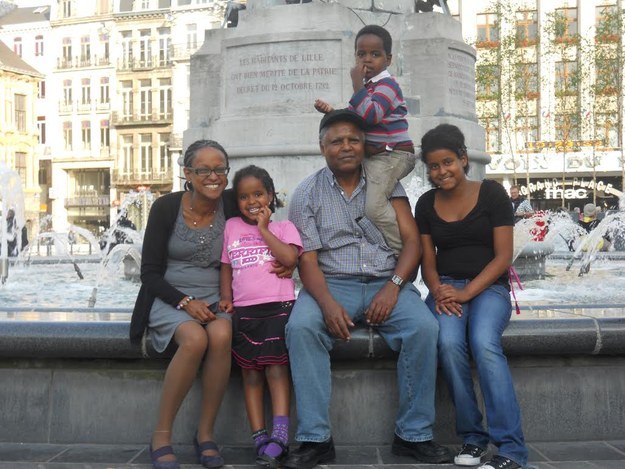 London (HAN) October 23, 2015 – Public Diplomacy and Regional Security and stability Initiatives News. By: Alan White  Last June, he was snatched by Ethiopian security forces at an airport in Yemen while he was waiting for a flight to Eritrea, and taken to Ethiopia having been sentenced to death in his absence for allegedly plotting a coup and planning to kill Ethiopian officials. He denies the claims.

Tsege has lived in the UK since 1979. The Mail on Sunday reported that his problems began because he “fell out with his university friend ex-Prime Minister Meles Zenawi, after he exposed government corruption and helped establish a pro-democracy party.”

The campaign group Reprieve claims that he has appeared on Ethiopian TV “looking ill and gaunt” and is worried that Tsege could be executed “at any time.” It also claims that he was illegally rendered, and was “sentenced to death during a mass trial in violation of basic fair trial standards”.

Documents that explain how Britain is showing a publicly united front with Ethiopia while lobbying behind the scenes to secure justice for Tsege.

In September, Foreign Office minister Grant Shapps sent a letter to campaigners in which he wrote that the British government took Tsege’s detention and welfare “very seriously”.

He added: “We are deeply concerned that Mr Tsege has been held in Ethiopia for the past year without a legal process to challenge his detention, and we consistently raise these concerns with the Ethiopian authorities. We are disappointed that, despite repeated requests at the highest levels, we have only been allowed four consular visits during the past year.”

Shapps went on to describe a number of occasions when the British government had lobbied the Ethiopian government over Tsege’s case:

“The Foreign Secretary subsequently spoke to the Ethiopian Foreign Minister on 30 June, and informed him that the lack of progress risked undermining the UK’s valued bilateral relationship with Ethiopia. The Secretary of State for International Development raised our concerns with the Ethiopian authorities on 16 July, during her visit to Ethiopia.”

He lists further occasions, including an approach by David Cameron, before concluding:

“As a result of our ongoing lobbying, Mr Tsege has been transferred to a federal prison. While we welcome this news, the British Government will continue to press and urge the Ethiopian authorities for regularised consular access, assurances that he receives appropriate medical treatment and a legal process by which he can challenge his detention.”

Yesterday, Ethiopian foreign minister Tedros Adanhom was in London for the UK Ethiopia Trade Investment Forum, an event supported by the Foreign Office and the Department for Business, Innovation, and Skills.

Shapps delivered the keynote address at the forum. He is understood to have said that “the UK stands shoulder to shoulder with Ethiopia in transformational change”.

However, behind the scenes, his department continued to lobby for Tsege’s release.

In response to a request from BuzzFeed News, foreign secretary Philip Hammond released a statement:

“I have again raised the case of Andargachew Tsege and made it clear that the way he has been treated is unacceptable. I welcome the improvement in access to him, following the British Government’s intervention, but it must be more regular and it must include access to a lawyer.

“I am still not satisfied that Mr Tsege has been given an ability to challenge his detention through a legal process, something we are now pursuing further. The Foreign Office will continue to provide consular support to Mr Tsege and his family.”

The latest ministerial action may be due to pressure from diplomats. In February the Mail on Sundayobtained documents that highlighted diplomats’ frustration at political inaction over the abduction, which they felt was illegal.

Regarding Tsege’s extradition, one Foreign Office official wrote: “It feels a bit like I’m throwing the kitchen sink at the Yemenis but I want them to think twice before they do this again.”

The same official noted a prominent Ethiopian minister had given assurances over Tsege’s treatment – but added: “I wouldn’t take them with complete confidence.”

The officials also called into question the evidence that had led to Tsege being branded a terrorist: “All we have seen are a few pictures of him standing in an Eritrean village – hardly proof that he was engaged in terrorist training.”

Maya Foa, head of the death penalty team at legal charity Reprieve, said: “Grant Shapps’ promise to stand ‘shoulder to shoulder’ with Ethiopia will be cold comfort to Andy Tsege’s desperate family in London. Even the UK’s limited requests for proper consular access have been flatly ignored by our allies in Ethiopia.

“Andy is a British father who is the victim of a series of terrible abuses by the Ethiopian government – from kidnap to torture to an in-absentia death sentence. The UN itself has demanded Andy’s return to the UK, as have thousands of members of the British public.

“The government must do the same, and call for Andy’s immediate release – today seems to have been a missed opportunity to do so.” Buzzfeed