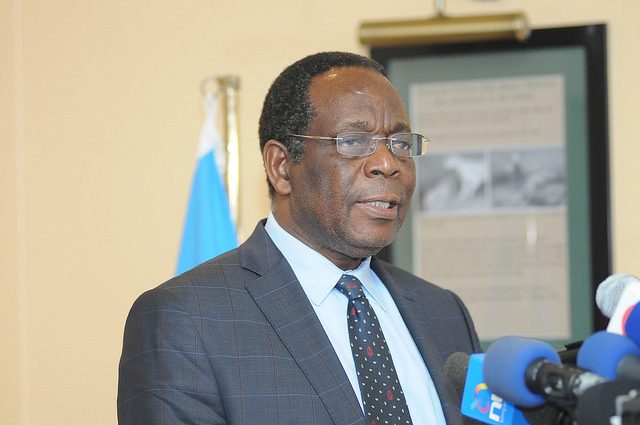 The Special Representative of the Chairperson of the African Union Commission (SRCC), Francisco Madeira, said the Pan African body would work with the people of Somalia in ensuring the process is held in an atmosphere of peace and stability.

“AMISOM will use its resources to support the people of Somalia and ensure that the Federal Indirect Electoral Implementation Team (FIEIT) carries out a credible and transparent process that will result in a new parliament, speaker and president for Somalia,” Madeira said in a statement issued in Mogadishu on Monday.

The move comes after Somalia’s election commission announced on Sunday that the country’s 2016 presidential election will take place on Oct. 30.

The commission chairman Omar Mohamed Abdulle said the election of 275-member Lower House will be from Sept. 24 to Oct. 10 while the election of Upper House should be completed by Sept. 25.

Over 14,000 delegates representing Somalia clans will cast their votes for members of the Lower House, while the regional states will select the members of the Upper House.
Madeira lauded the Somali people for agreeing on an electoral process timetable that will culminate in the election of a new president on Oct. 30.

He called on the Somali people to take advantage of the electoral schedule to fully participate in the election of a new parliament that will be a foundation for the next poll in 2020 when one-person one-vote system will be fully implemented.

The incumbent Hassan Sheikh Mohamoud whose term expires on Sept. 10 is among dozens of candidates seeking the post of president, who will be elected by new lawmakers.