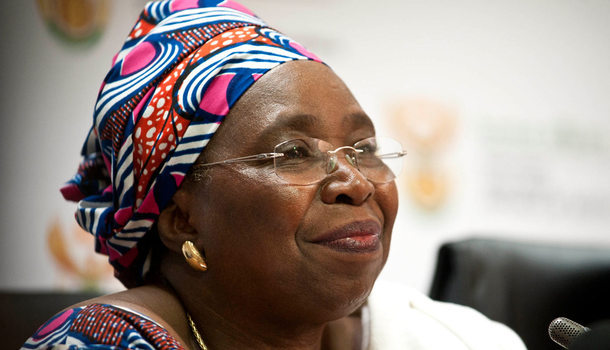 ADDIS ABABA (HAN) July 19.2016. Public Diplomacy & Regional Security News. By Ivan R. Mugisha. The highly anticipated elections for the African Union Commission (AUC) chairperson have been suspended after none of the three candidates managed to secure a two thirds majority.

News coming in from a closed session at the 27th Ordinary Session of the African Union confirms that African Heads of State cast their votes, with the whole eastern Africa bloc voting for Uganda’s former Vice President Specioza Kazibwe.

The Ugandan government is said to have allocated USh3.5 billion to facilitate her candidature.

This was however not enough to keep her in the race as she was eliminated in the first round, leaving only Botswana’s Minister for Foreign Affairs, Pelonomi Venson-Moitoi, and Agapito Mba Mokuy of Equatorial Guinea tightly dividing the southern and central blocs.

Later, it emerged the western bloc, made up of 15 countries, abstained from the elections, making it extremely difficult for either of the remaining candidates to garner the required two thirds majority to replace Ms Nkosazana Dlamini-Zuma.

The session was later suspended awaiting legal advice, with sources saying that an interim chairperson will now be zeroed in on, as the election is likely to be suspended to January next year.

Before the AU Summit commenced, the Economic Community of West African States (ECOWAS) had filed a request to postpone the elections, saying none of the three candidates had the “pedigree” to replace the current chairperson.

Over 30 Heads of State and diplomatic representatives participated in the voting.

Sources say that former Tanzanian President Jakaya Kikwete and Senegalese diplomat Abdoulaye Bathily are eyeing the position when a fresh round of elections happens January.